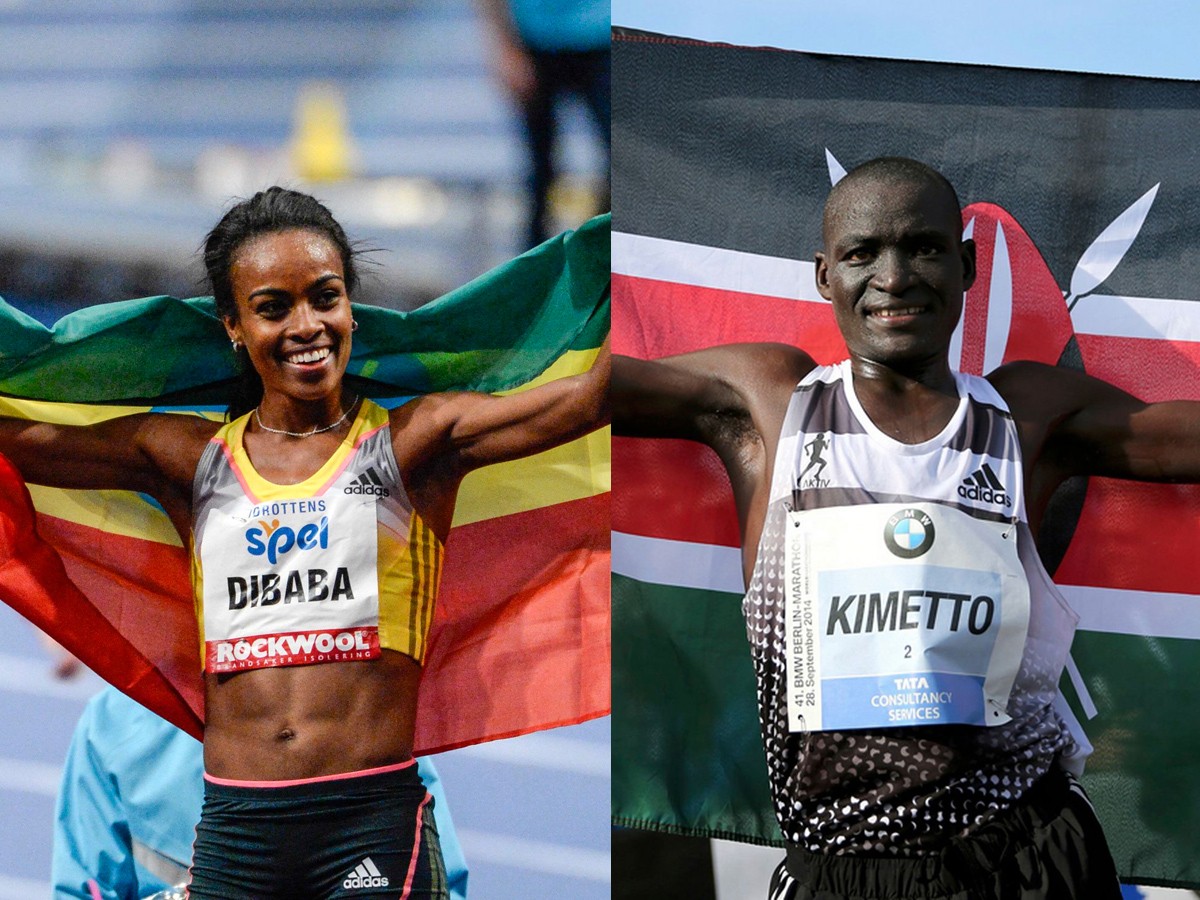 Kenyan Dennis Kimetto and Ethiopian Genzebe Dibaba made the final three-person shortlist for the 2014 World Athlete of the Year Award.

Kenya’s Dennis Kipruto Kimetto and Ethiopia’s Genzebe Dibaba have made the final three-person shortlist for the 2014 International Association of Athletics Federations (IAAF) World Athlete of the Year Award.

The duo are the only Africans still in contention to become the 2014 IAAF World Athletes of the Year after the IAAF announced the names of the three men and three women finalists for the award on Friday.

The finalists for the IAAF World Athlete of the Year Award are:

The Council of the International Athletics Foundation will select the male and female winners, with the announcement taking place live on stage during the 2014 World Athletics Gala in Monaco on November 21, 2014.