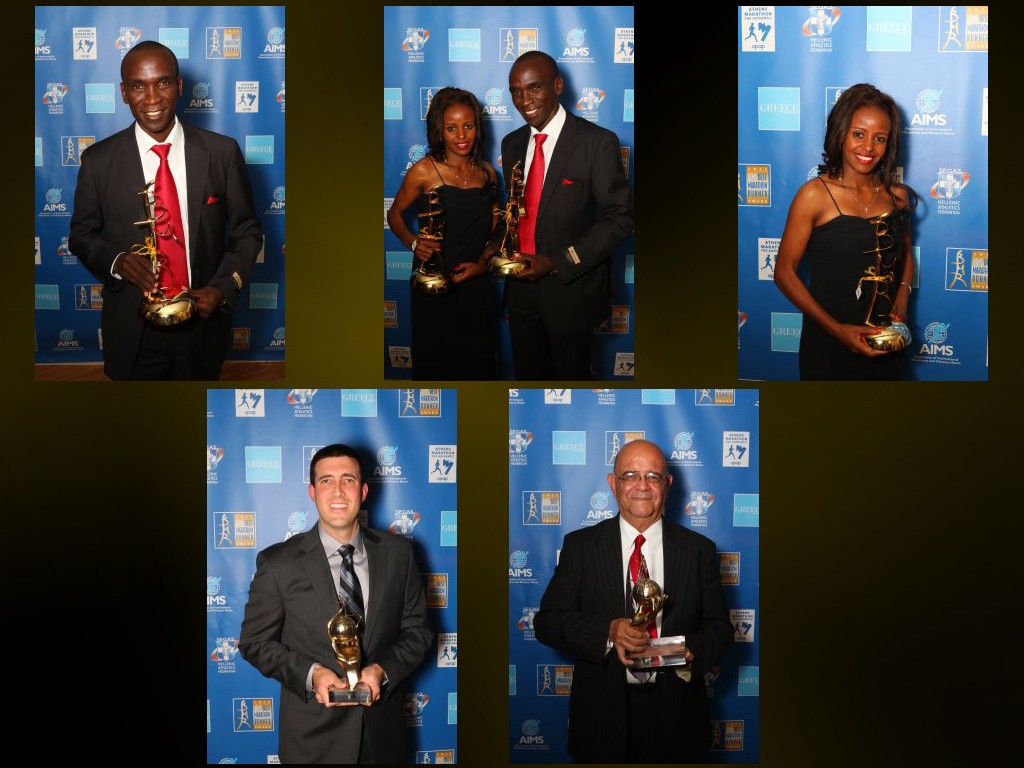 The result of the vote, from among 390 AIMS Member races in 108 countries and territories, was only declared during the Gala ceremony.

“It is very special for me to have won the AIMS Best Marathon Runner Award. I am very proud of my achievements this year and this award reflects that,” said Eliud Kipchoge.

“I am honoured to receive a truly global award voted for by the AIMS members, over 390 races around the world. I would like to thank AIMS and their sponsors for their recognition of my achievements.”

She would take this form into the World Championships in Athletics in Beijing where [link id=”10473″ text=”she took home the gold medal”] in a time of 2:27:35.

“It is incredibly special for me to receive this prestigious award. It makes it extra special that I have received it in the spiritual home of the marathon in Greece,” comments Mare Dibaba.

“I am well aware of the 2,500 year history of the marathon and I am delighted to feel a small part of it. I would like to thank AIMS for recognising my achievements.”

AIMS President Paco Borao said of the African duo: “I am delighted that AIMS 390 races from over 108 countries have recognised the achievements of these very impressive athletes in the spiritual home of the Marathon Movement, Athens.”

“Their accomplishments over the past year make them deserving winners of these awards. They are an inspiration to all the runners around the world,” Borao added.