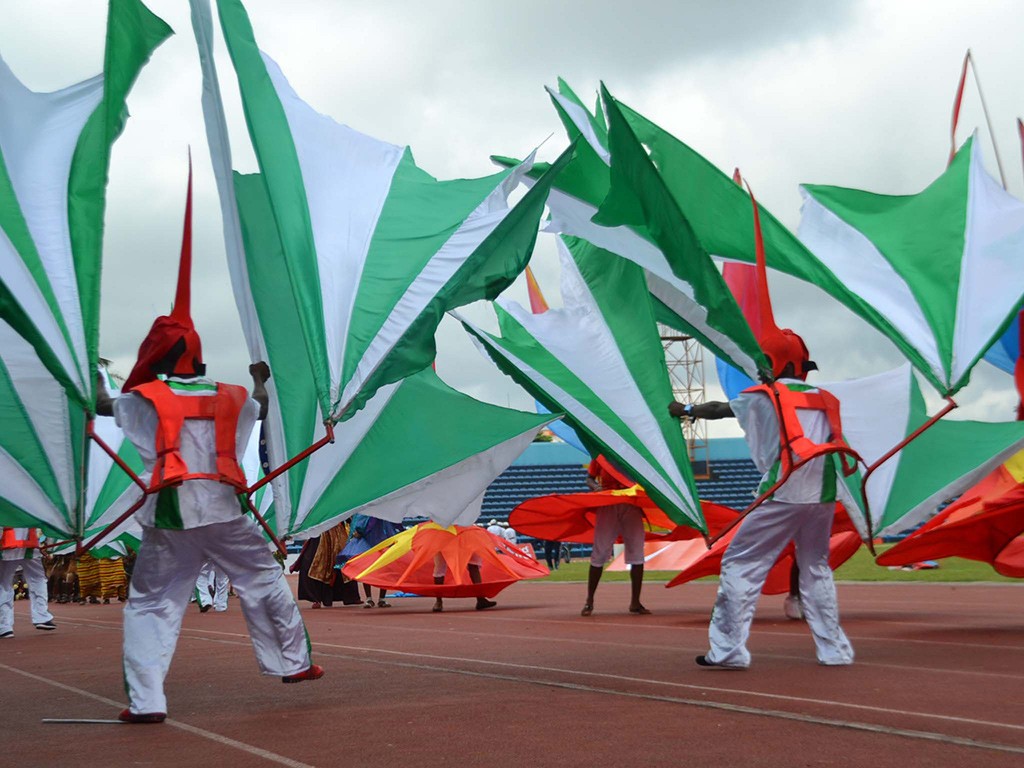 Opening ceremony at the 67th all Nigerian Championships in Calabar/ Photo: ShengolPix

Former national 400m champion, Folasade Abugan, today made her much anticipated return to the tracks after serving out a 2-year doping ban.

Abugan, a former World Junior champion ran in the Heat 2 of the 400m women’s event but failed to make it to the nextround after running a poor time of 55.01 seconds which saw her finish 5th in the race.

Before finally making it to the tracks in Calabar, Abugan had attempted to try out in some races at the AFN/Solid Works Golden League but was held back for one reason or the other.

Now with a daughter, Abugan is hoping she could re-enact her fine form prior to the unfortunate incidence at the 2010 Commonwealth Games in Delhi, India where she tested positive for testosterone pro-hormone in her ‘A’ sample.

Before her drug ban, Abugan has won quite a number of medals running for Nigeria, she was the 400m bronze medallist at the 2007 All-Africa Games and improved to the silver medal at the 2008 African Championships, where she set a personal best time of 50.89 seconds.