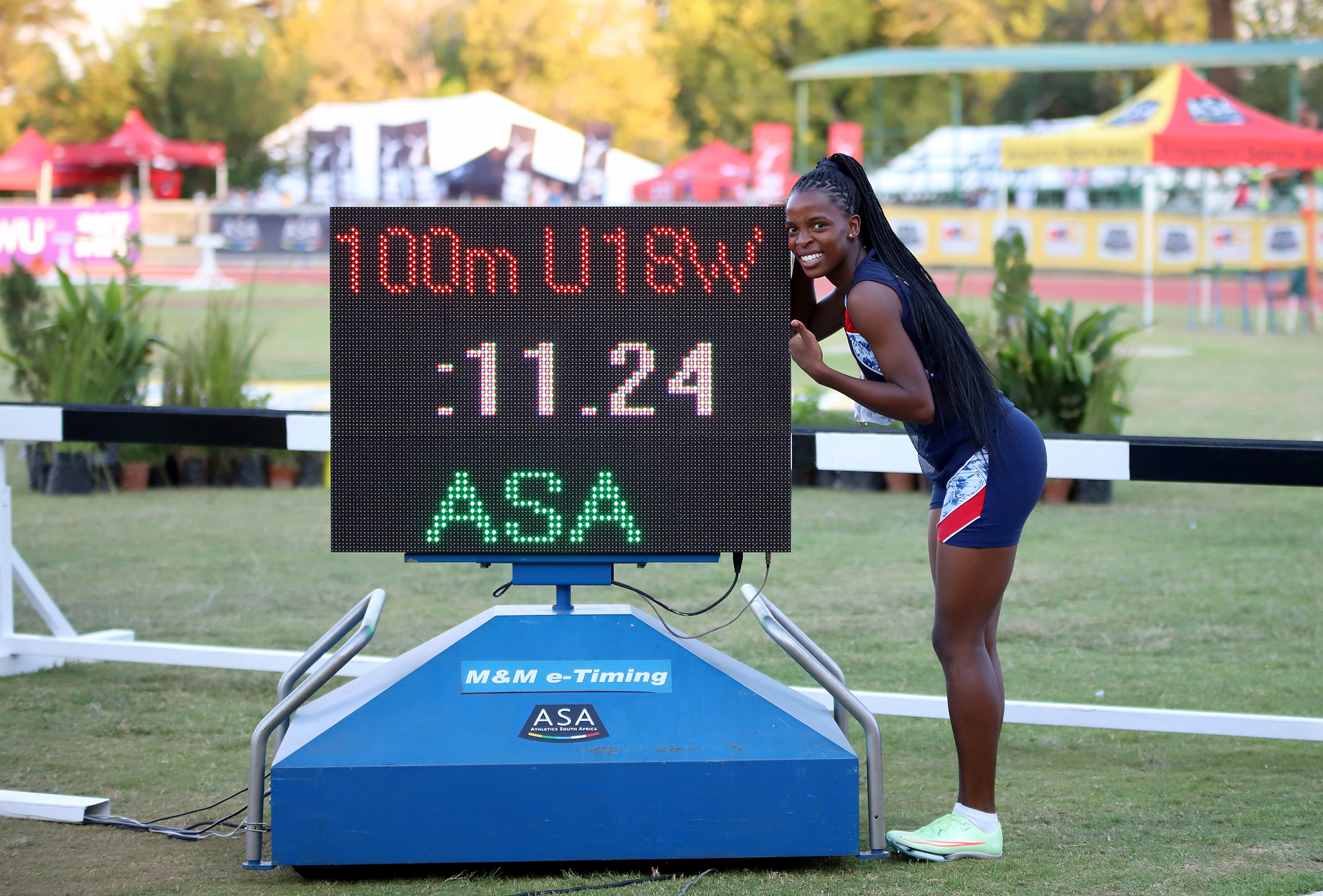 Viwe Jingqi broke the 100m women’s U18 national record three times in one day at the opening of ASA U16 (Sub-Youth), U18 (Youth) and U20 (Junior) T&F National Championships / Photo credit: Cecilia van Bers

Teenage sprinter Viwe Jingqi went on a record-breaking spree on the opening day of the ASA U16, U18 (Youth), and U20 (Juniors) Track and Field Championships at the NWU Mc Arthur Athletics Stadium, Potchefstroom on Thursday 31 March 2022.

Having clocked 11.53 seconds at the Athletics Gauteng North Championships in Tshwane earlier this month, clipping 0.01 off the 39-year-old SA youth 100m record of 11.54, which had been held by Mari-Lise Furstenburg, 17-year-old Jingqi went even quicker in all three rounds at the national championships.

She clocked 11.40 in the first-round heats, then she stormed over the line in 11.36 in the semi-finals, before rocketing home in the final, taking the SA U18 record down to 11.22 seconds.

“They say I am not a human, but a machine, and I think it is true. I broke three records wearing new spikes, and I knew I could run faster times,” said Jingqi after the race.

“I am consistent and know what I want to do on the track. I kept my concentration throughout the day and never lost focus, and was rewarded with the national title in the 100m.

“My parents are supportive and watched on YouTube. I dedicated the record to my late brother Vukile, who died last year in January.”

“I will race at the ASA Athletics Grand Prix in Germiston with the seniors and I want to give them a run for their money. I have a positive mindset and love the sport. I am super excited. I am going for the national title in the senior champs in Cape Town,” Jingqi added.

In the U20 men’s 100m final, Benjamin Richardson (AGN) held off a strong challenge from Neo Mosebi of KwaZulu-Natal (KZNA).

Richardson, the 100m silver medallist and a gold medalist in the 4 x 100m relay at the U20 World Athletics Championships in Nairobi last year, won the SA title in 10.19. Mosebi set a personal best (10.23) at second place. Bradley Olifant (AGN) was also in superb form, taking bronze in 10.34.

“I am consistent and know what I want to do on the track. I kept my concentration throughout the day and never lost focus, and was rewarded with the national title in the 100m.Viwe Jingqi – U18 Girls 100m champion (11.22)

The three-day ASA U16, U18 and U20 Championships will continue with the second day’s action at NWU McArthur Athletics Stadium on Friday.

In this article:ASA U18/ U20 Championships, Benjamin Richardson, Bradley Nkoana, Viwe Jingqi 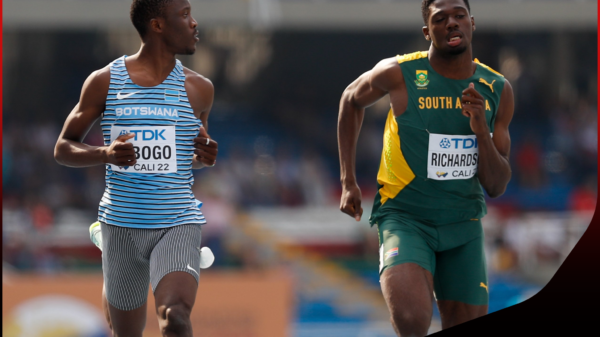 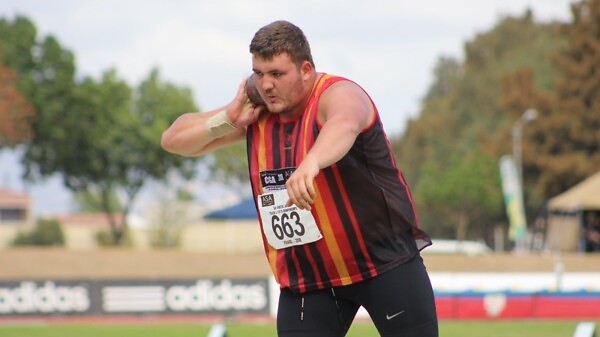 South African Shot Put prospect Kayle Blignaut and quarter-miler Sokwakhana “Soks” Zazini were the star performers on the third and final day of the...