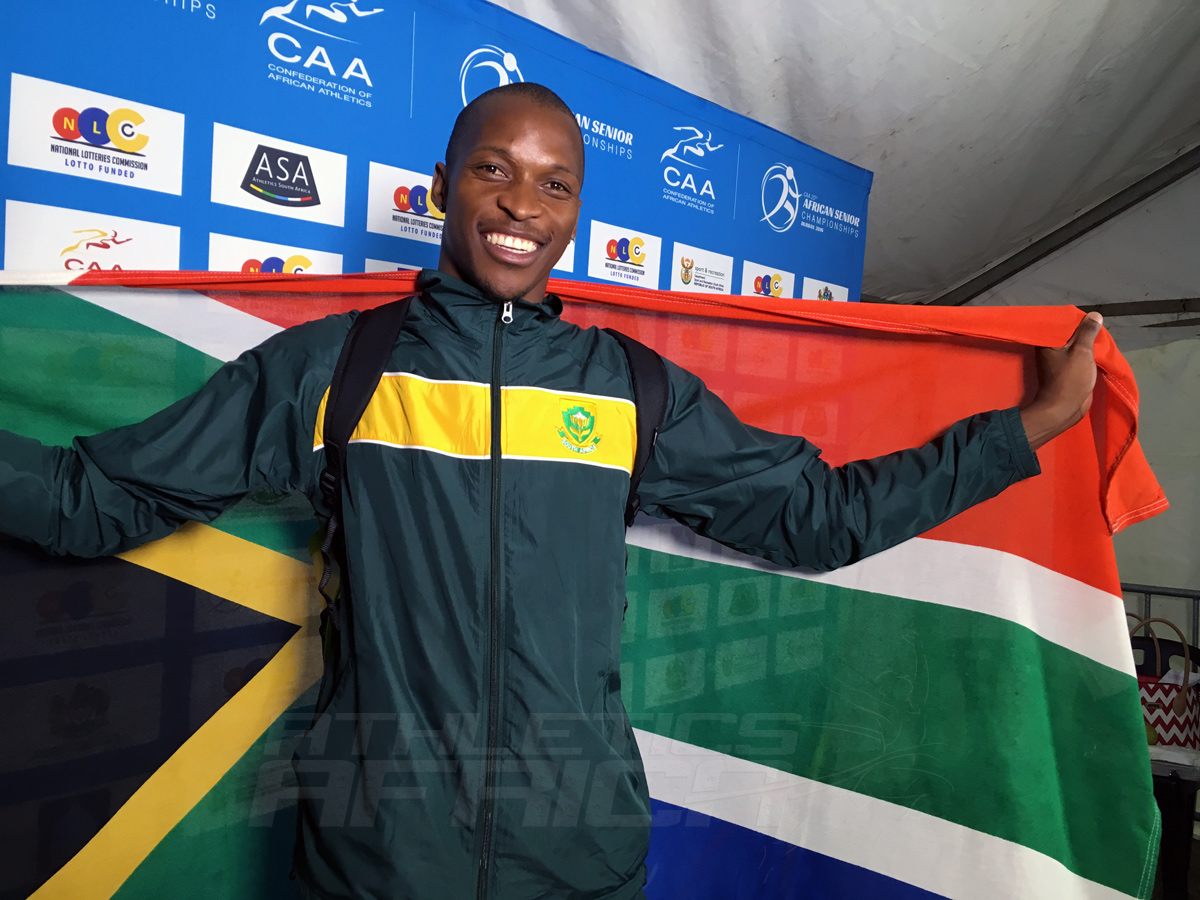 Scott-Efurd crossed the line in fourth position in the 1500m Women race at the fourth leg of the IAAF World Indoor Tour Series in Boston, USA on Saturday evening, covering the distance in 4:07.25.

She took a massive chunk off her own previous mark of 4:10.90 which she had set in New York in February last year.

On Friday night, Mokaleng broke new ground by crossing the line in 45.76 to win a collegiate 400m race in Lubbock, USA.

The 20-year-old athlete broke his own national standard of 46.25 which he had clocked in Albuquerque last month.

On Thursday, Horn stormed across the line in second position in 7.10 in the 60m Women race at a meeting in Eaubonne, France.

After knocking on the door the last few years, Horn shattered the 19-year-old national record of 7.15 which had been held by Wendy Hartman.

Long jump world champion Luvo Manyonga cemented his place as the early favourite for the global indoor title ahead of the upcoming IAAF World Indoor Championships in Birmingham to be held next month, 2-4 March.

The lanky athlete landed at 8.40m with his final leap, bettering his own SA indoor record of 8.32m which he had achieved just three days earlier.

Sprinter Carina Horn also built on her fine form, clocking 7.09 to take second place in the women’s 60m race. She improved her own national indoor record of 7.10 which had also been achieved earlier in the week.

“It’s a wonderfull early start to the season,” said Aleck Skhosana, the President of Athletics South Africa. “Congratulations to our three athletes for flying our flag high as well as shattering the respective records at the indoor meetings in Europe.

“Horn has been hard at work to make sure that she holds all the SA sprint records and we are holding our breath that she does not encounter any injury at this point so that she can race against the very best in the next few weeks and during the our door season.

“Luvo’s form seems to have continued where he left off last year. His ongoing performance suggests that the best is yet to come.”

“Then there’s Dominique whose continued performance proves that she is working hard with her team. Her massive improvement in the 1500m cannot go unnoticed and with this time, she stands a chance to do even better at the outdoor championships this season.”