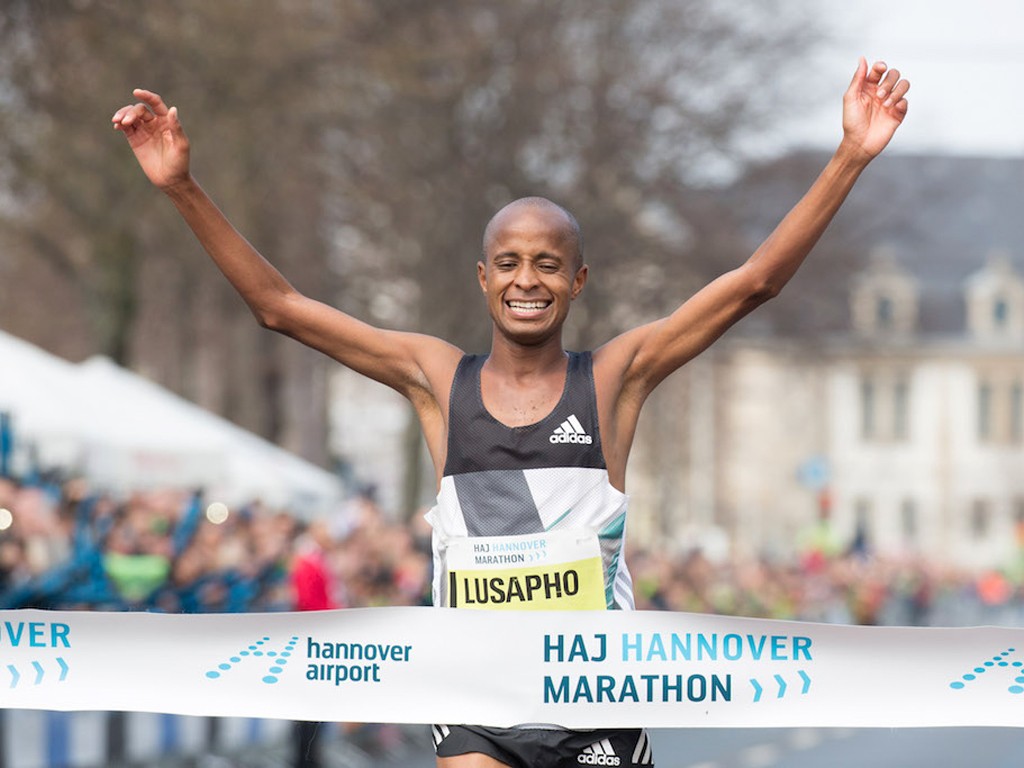 Lusapho April took the HAJ Hannover Marathon for the third time after 2011 and 2013. The South African became the first male runner in the history of the event to achieve three victories.

Kenyans Martin Kosgey and Moses Masai followed in second and third place with 2:11:54 and 2:15:43 respectively.

Including races at shorter distances the 26th HAJ Hannover Marathon had a record entry of more than 21,000 runners. The event is an IAAF Silver Label Road Race.

For a large part of the race the men’s leading group was on course for a sub 2:09 time. And after the half marathon split time of 64:26 it seemed that the course record could be attacked with a slightly quicker second half.

However things changed. At 25k Kosgey and April were still running behind two pacemakers. But soon after that the pacemakers dropped out and April was on his own at 27k with Kosgey not being able to hold on. The two-time winner was 13 seconds ahead at 30k (1:31:37).

While Kenya’s Philipp Sanga, who was the fastest runner on the start list with a time of 2:06:07, had to cancel his start at the last moment due to visa problems the other runners were not strong enough to challenge [link id=”136″ tax=”post_tag” text=”Lusapho April”].

“The conditions were not ideal due to the wind. Additionally I hoped that the leading group would stay together a bit longer and that the pacemakers would be in there longer as well,” said Lusapho April.

“But obviously I am very happy to have won a third time in Hannover. The atmosphere was great, so I hope to be able to return next year.”

Now his focus will turn to the Olympics. Four years ago April was unlucky in London’s Olympic marathon, when he fell and limped over the finish line in 43rd place. 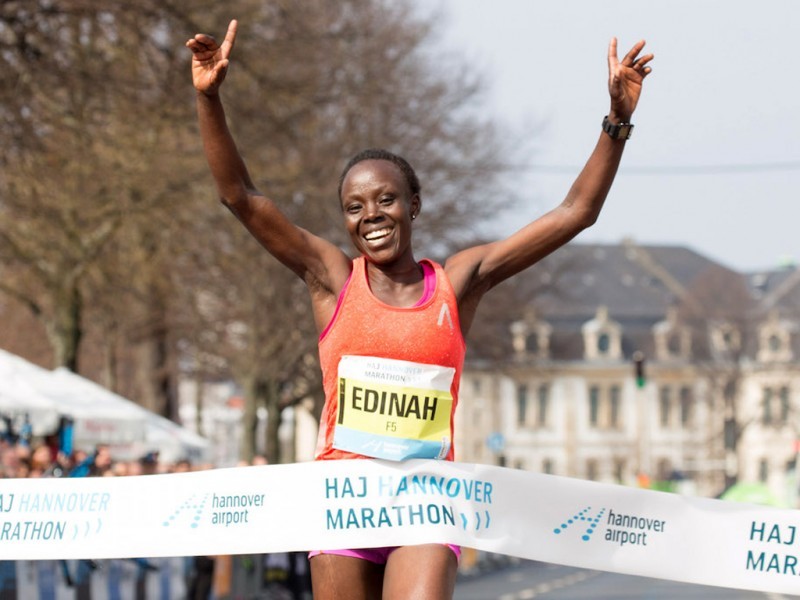 Edinah Kwambai ran in the leading group of five runners from the start. They passed 10k in 34:22 and then half way in 72:52. With this split time the leaders were well on course for the course record of 2:27:07.

But similar to the men’s race the pace dropped during the second half. Soon after the 30k mark Kwambai took the lead while Salome Biwott, fellow-Kenyan Nancy Koech and Tizita Dida of [link id=”82″ tax=”category” text=”Ethiopia”] struggled.

This led to Anna Hahner coming through from sixth at half way, where she was almost a minute behind, to second.