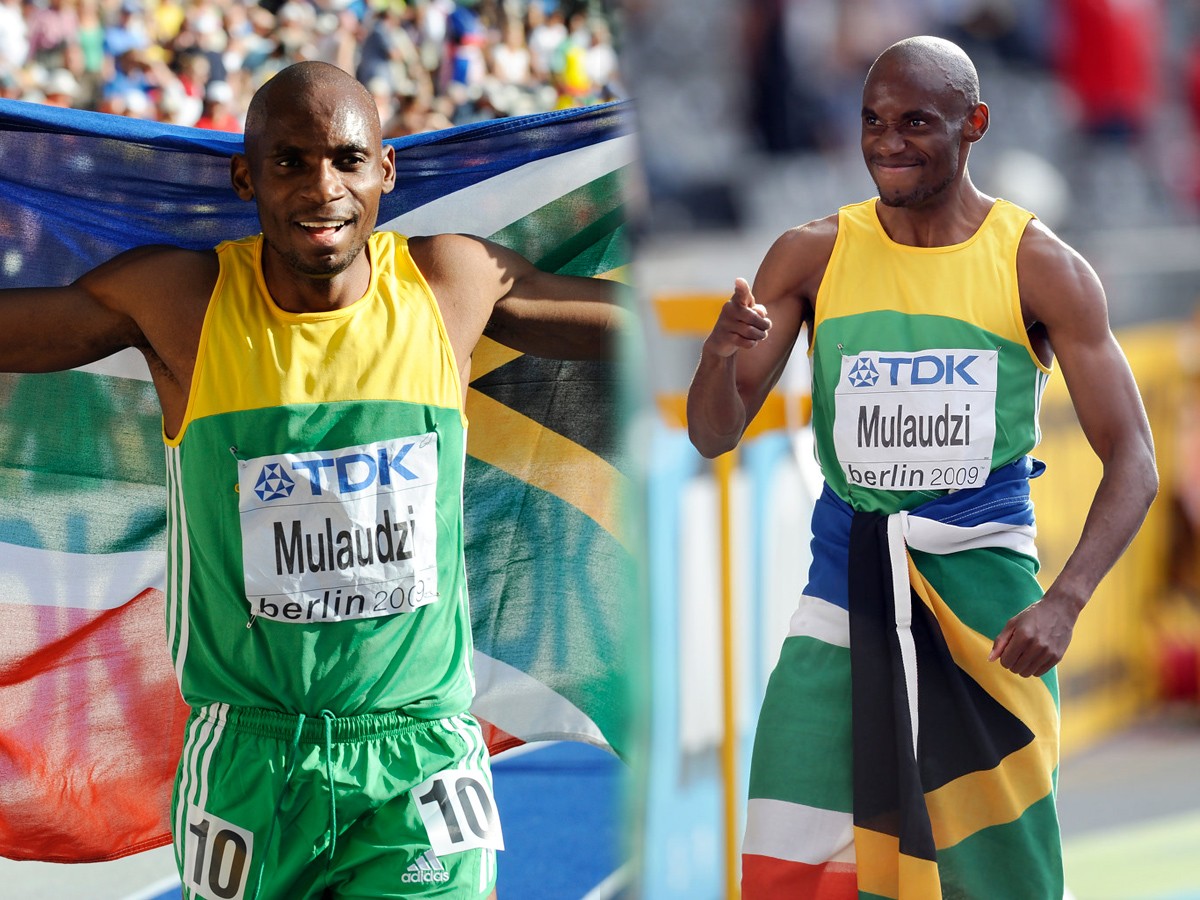 South African and 2009 world 800m champion Mbulaeni Mulaudzi dies in a car accident on Friday October 24 at the age of 34. / Photo: AFP

Tributes have continued to pour in for South African star athlete Mbulaeni Mulaudzi, who passed away on Friday – at the age of 34 –  in a road accident on his way to an [link id=”127″ tax=”post_tag” text=”Athletics South Africa” target=”_blank”] (ASA) meeting in Johannesburg.

“The nation has lost a true hero and one of our most disciplined and talented athletes who flew the South African flag across the sporting globe,” said South African President Jacob Zuma.

Mulaudzi’s passing, just a year after his retirement from professional athletics, has robbed our country of an excellent mentor whose contribution to nurturing young athletes would have helped revive SA’s prestige in athletics.

“We hope that his achievements will spur current and upcoming athletes to reach the apex of excellence in athletics,” said Malatsi.

The Athletics world governing body, IAAF expressed its deep sadness to learn of the death of Mulaudzi, who was the 2004 IAAF World Indoor Champion, the 2009 world 800m outdoor champion and 2004 Olympic 800m silver medallist.

“We are deeply saddened and shocked by the unexpected death of our Olympian, Mbulaeni Mulaudzi. We have lost yet another icon in the South African sport who raised the nation’s flag high in international sporting events.

“We will always remember the legacy he has left in South African sport,” CEO Tubby Reddy said.

“I will miss you my friend thanks for being there when I was down You picked me up as a brother and will never forget that. Rest in peace till we meet again Champ,” he wrote.

On Mulaudzi’s wedding day back in 2007… My brother was a happy man!! He lived his life to the fullest!! Never regretted much, did what he wanted to do.. Inspired many including myself!! Loved his family and wife. I’m gonna keep riding for you my dawg! Your work on earth was done.. See you on the other side my brother! Love you nigga! SO MUCH PAIN. Blood 4 life!!

The spokesman for the Mpumalanga community safety department, Joseph Mabuza, said the 800m runner died when his car overturned on the R555 road in the province.

“He was travelling from the Ogies direction towards Emalahleni using the R555 road.  Towards Emalahleni, there is a curve and he lost control of the vehicle which overturned and he unfortunately died. He was the only occupant in the car,” said Mabuza.

Mulaudzi was the flag bearer for [link id=”217″ tax=”category” text=”South Africa”] at the opening ceremony of the Summer Olympics in Athens and he became South Africa’s first black athlete to be ranked number one in the world.

He won the 800m silver medal at the Olympic Games in Athens 2004 and a gold medal at the 2002 Commonwealth Games in Manchester. He also won many medals at the African Athletics Championships.

After a decorated career which spanned over a decade, the 34-year-old retired from Athletics in 2013 after making his final competitive appearance at the Diamond League meeting in New York.