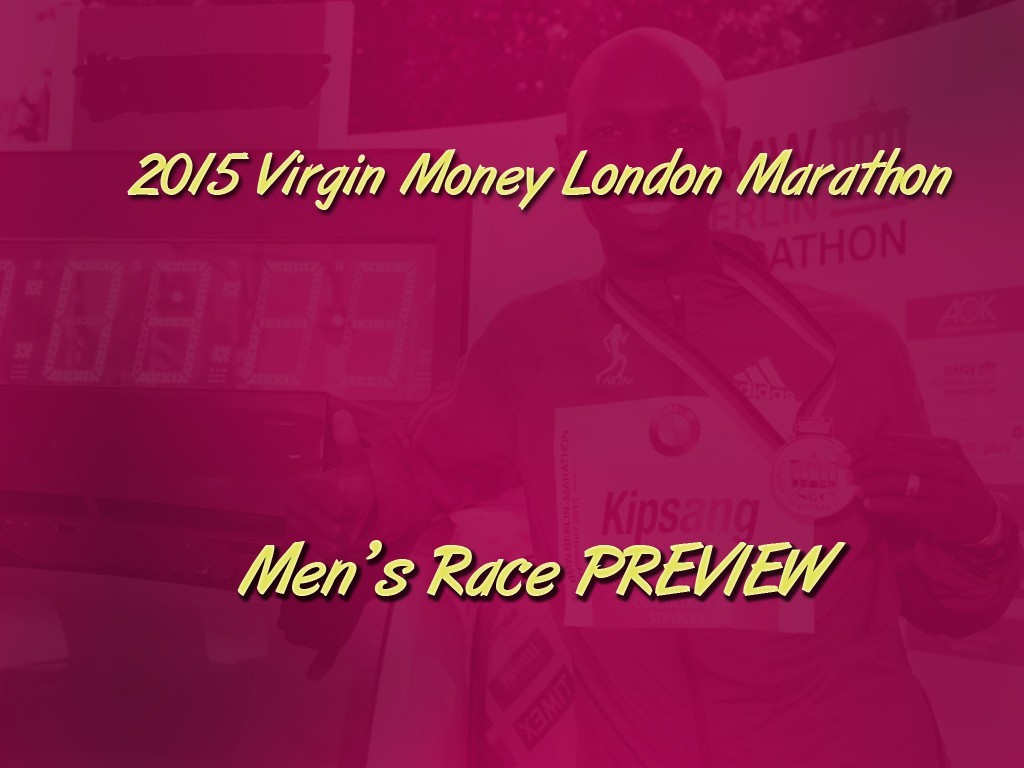 “Wilson Kipsang could well be the best marathon runner we’ve seen in 10 years,” said Bedford. “He’s an incredible competitor. His record of finishing races is astounding. He rarely has a bad one. He’ll be the person to beat.

“But Dennis Kimetto is the world record holder. He clearly has something to prove, though – he’s in the shadow of Kipsang in some ways. He’ll be looking for the opportunity to outpace Kipsang in London.

“It’s now been surpassed, but for me, Geoffrey has unfinished business with the marathon and he’s in London as well. That makes it an amazing competition.

“Then there’s [link id=”297″ tax=”post_tag” text=”Eliud Kipchoge”], who won Chicago last October. I’m sure he’s not happy being fifth on my list of Kenyans as to who’s going to do well here.

“He will be a man with something to prove. He knows that if he wins London, his status goes immediately to number one in the world, and everyone will want him in their competitions in the future.”

“So put those people together, get a bit of decent weather and it should be a great race,” he added.