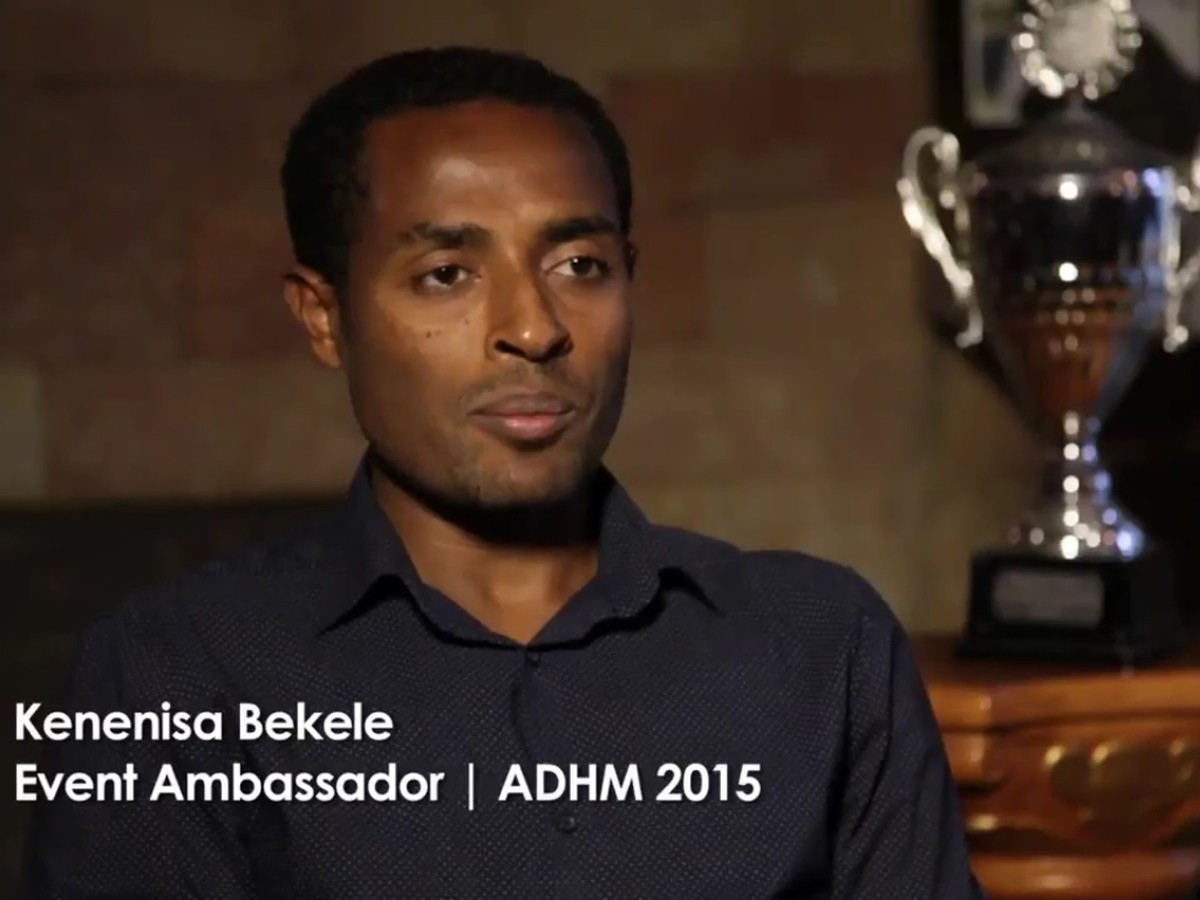 Ethiopian Kenenisa Bekele, one of the world’s greatest ever distance runners, is the 2015 Airtel Delhi Half Marathon Event Ambassador and will be going to the Indian capital to attend the race on Sunday 29 November.

“I am very honoured and happy to be involved with this race and motivating people, the younger generation in India. It’s a good opportunity to advise people in India,” said Bekele, talking about his enthusiasm for the event ahead of his trip to India next week, when he will visit the country for the first time.

“I am really looking forward to the trip. I have some friends from India, who work with me in [link id=”82″ tax=”category” text=”Ethiopia”]. We are working with business together and they have told me many things about the country.

“I like Indian culture and society. I watch Indian films sometimes and I also like Indian food. Sometimes, I go with my wife to Indian restaurants.”

Watch the video interview with the three-time Olympic champion, who is still the 5000m and 10,000m world record holder and who has won no less than 17 IAAF world titles – outdoors, indoors and at cross country – below.

[link id=”220″ tax=”post_tag” text=”Kenenisa Bekele”] talks about his career and involvement with the 2015 Airtel Delhi Half Marathon.

Alongside the half marathon, the Great Delhi Run (over approximately 6km) will see an estimated 19,000 runners take to the streets of the city.

Vivek Singh, joint managing director of event organisers Procam International said: “As we enter the 8th edition of the Airtel Delhi Half Marathon, we are all set for another great race.”

“This year, half marathon registrations closed a month prior to the closing date, reflective of the growing running culture in the Capital City, and the enthusiasm with which people take running now. We are pleased to be spreading the message of health and fitness,” added Singh.

In this article:Delhi Half Marathon, Kenenisa Bekele