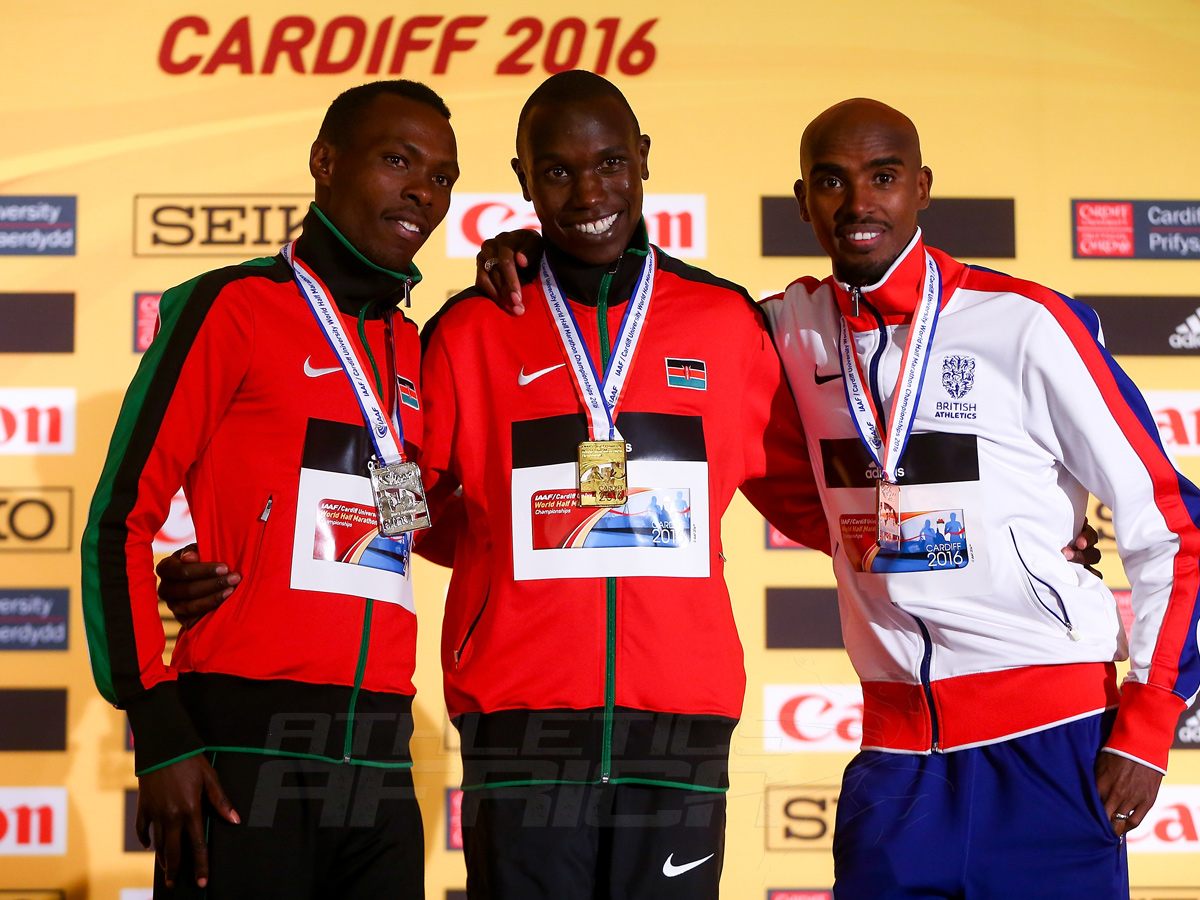 [link id=”825″ tax=”post_tag” text=”Geoffrey Kamworor”] weathered a fall at the start and then staged a brilliant recovery in heavy rains to retain his world half marathon title in 59:10, two seconds slower than he was in Copenhagen in 2014.

The Kenyan thus became the first runner to win back-to-back titles since [link id=”401″ tax=”post_tag” text=”Zersenay Tadese”] in 2009, but missing the championship record of 58:59 held by the Eritrean.

“It was really tough after that fall to catch up but I fought hard,” said Kamworor about his fall at the start of the race. “I am very happy to win again. It puts me in a good place for the 10,000m in Rio.” 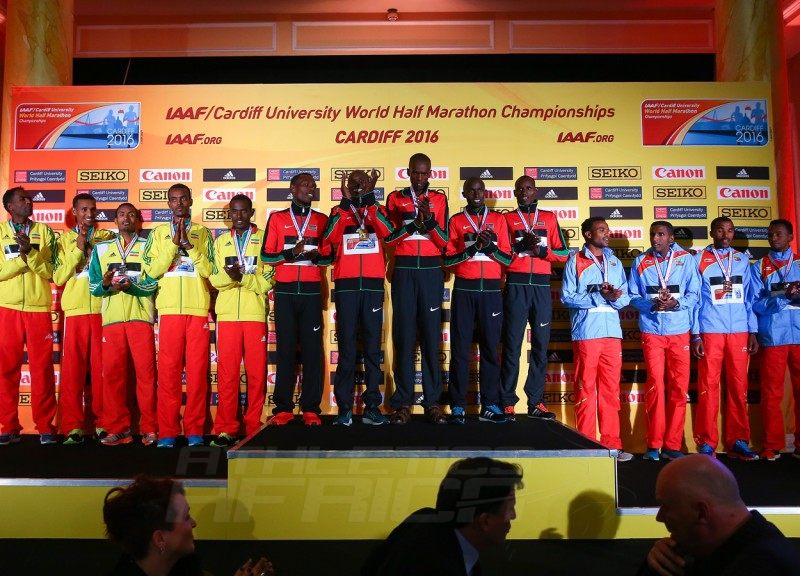 Men’s team medallists during the IAAF/Cardiff University World Half Marathon Championships on March 26, 2016 in Cardiff, Wales (Photo by Jordan Mansfield/Getty Images for IAAF)