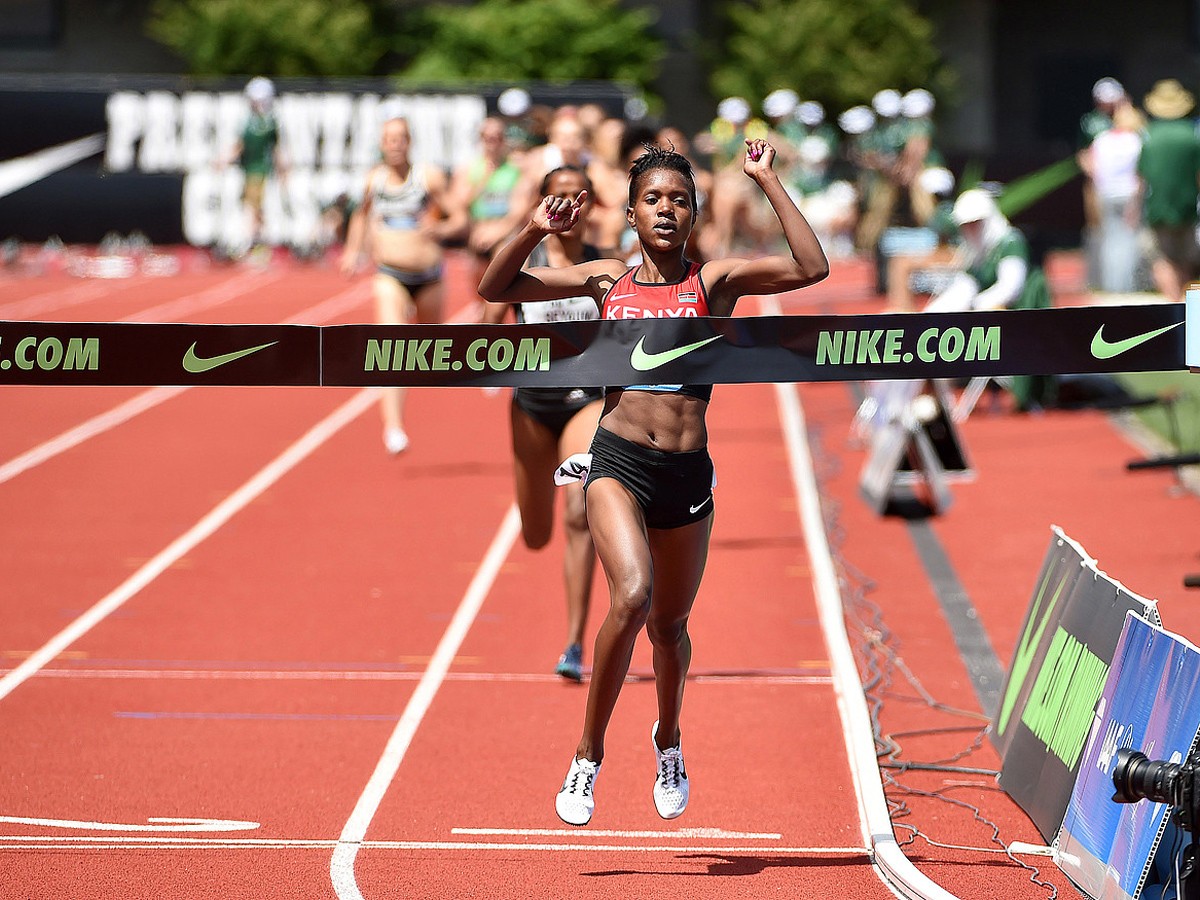 Hyvin Kiyeng raced to an African and national record of 9:00.01, in her second place finish in the women’s 3000m steeplechase behind former compatriot Ruth Jebet, now a Bahraini.

Jebet gave the world record a major scare in the race. With one lap remaining, a sub-nine minutes time looked possible and with a 68.8 last lap she could have broken the world record.

But the expected last lap duel between the 2014 world junior champion Jebet and the clock became a bit more complex when Kenya’s Hyvin Kiyeng started cutting into her lead.

Over the final barrier, Kiyeng drew even closer, but she didn’t quite have enough in the tank to catch the 19-year-old former Kenyan.

Jebet’s crossed the finishing line in 8:59.97, just outside of Gulnara Gulkina’s world record of 8:58.81, setting an Asian record and becoming the second woman to break nine minutes in the event.

Kiyeng set an African record, just 0.04 secs back in second place, as well as moved up to third on the all-time list while Emma Coburn finished third in an American record of 9:10.67.

Faith Kipyegon broke her own Kenyan record (3:56.82) that she set just two weeks ago when winning at the IAAF Diamond League meeting in Shanghai.

Kipyegon took control of the women’s 1500m in the later stages to take victory in a world-leading time of 3:56.41.

Moving clear of Ethiopian pair Dawit Seyaum and 19-year-old Gudaf Tsegay over the last lap, Kipyegon towed the duo to new personal bests of 3:58.10 and 4:00.18 in Eugene.

Another Kenyan Asbel Kiprop won the Bowerman Mile in 3:51.45 ahead of Rabat Diamond League winner Abdelaati Iguider of Morocco, who was second in 3:51.96.