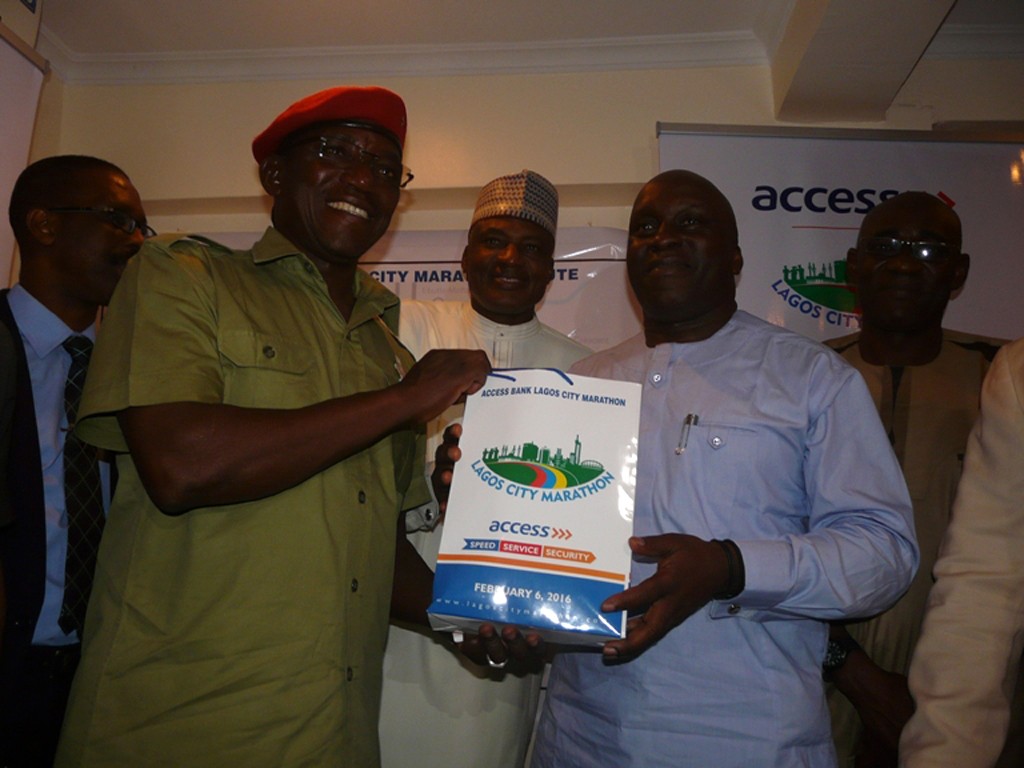 Nigeria’s Minister of Youth and Sports, Solomon Dalung, has commended the efforts of the Lagos State government for bringing back the Lagos City Marathon.

The honourable minister urged other state governors in [link id=”815″ tax=”category” text=”Nigeria”] to emulate the giant strides of the executive governor of Lagos State Akinwunmi Ambode especially in the areas of sports and entertainment.

Dalung made the remark when he visited the [link id=”863″ tax=”post_tag” text=”Lagos City Marathon”] office located at the Teslim Balogun Stadium, Surulere, Lagos on Monday January 4, accompanied by the Permanent Secretary of the Ministry of Youth and Sports Christian Ohaa; the Director General, Alhasan Yakmut; Sports Director, Hauwa Kulu-Akinyemi and the SA to the Minister on Media, Nneka Ikem Anibeze.

Dalung told the Chairman of the Organizing Committee of the 2016 Access Bank Lagos Marathon, Deji Tinubu, who was accompanied by the Director General of Lagos State Sports Commission, Ayo Agbesanwa, General Manager Marathon Yussuf Alli and Protem Secretary and Head of Media Olukayode Thomas, that within a short period Governor Ambode has set the pace for other governors in entertainment and sports.

He recalled that during the festive period Governor Ambode was on the streets in every nook and crannies of Lagos celebrating with the people.

“This Lagos City Marathon is the master stroke. I commend Governor Ambode for his foresight in reviving the culture of full marathon in Nigeria after 30 years,” Dalung said.

Tinubu, who is also the Special Adviser to the Governor and Chairman of the Lagos Sports Commission thanked the Honourable Minister for not only visiting the marathon office, but also signing on for the race.

Tinubu explained that Governor Ambode is not just passionate about the economic benefits of marathon, but the health benefits and the fact that it will showcase Nigeria to the world positively.

Already, organisers have announced that the winners of both the men and women’s events at the Access Bank Lagos City Marathon will go home with $50,000 each, while second and third place finishers will take $40,000 and $30,000 respectively.

The top 20 Nigerians will also be rewarded with cash prizes starting from N1 million, while the second and third positions will settle for N750,000 and N500,000 respectively.