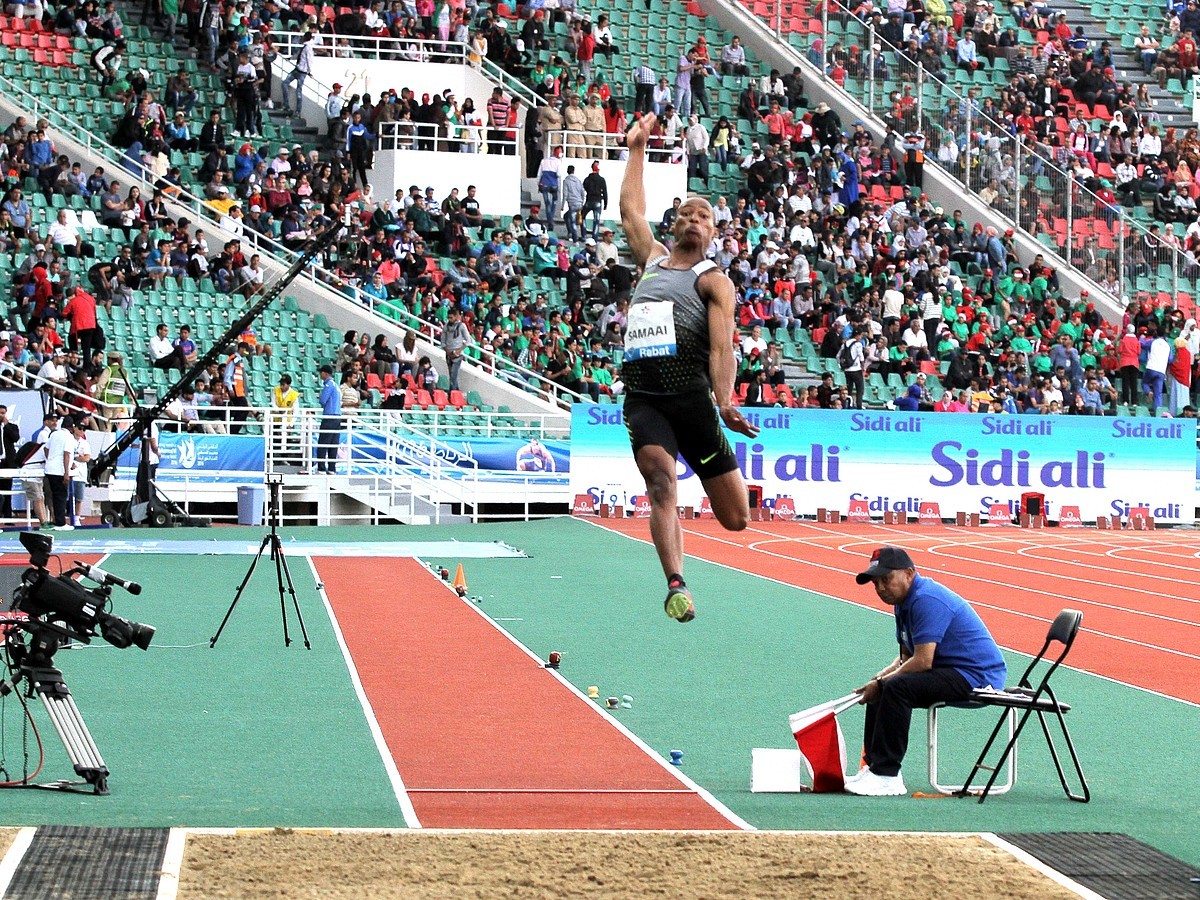 The men’s long jump proved to be the top field event of the IAAF Diamond League meeting in Rabat with Rushwal Samaai jumping 8.38m to equal the African all-comers’ record and his own personal best on Sunday.

The South African had to come from behind after Australia’s IAAF World Championships Beijing 2015 silver medallist Fabrice Lapierre jumped 8.31m in the third round but then he uncorked his winning leap on round later.

Lapierre improved to 8.36m in the fifth round, albeit with a massive following wind of 5.2mps, but had to settle for second after neither him nor Samaai could improve with their last efforts.

USA’s world leader Marquise Goodwin, who jumped 8.45m in Guadeloupe a week ago, in imperial measurement was more than a foot short of that mark and finished third with 8.11m.

Katerina Stefanidi made a big addition to the African all-comers’ record, which had stood at 4.56m, when she cleared a meeting record of 4.75m, going well clear at that height before failing at 4.80m.

Switzerland’s Nicole Buchler cleared 4.70m before passing at 4.75m but she then also failed at what would have been a national record height of 4.80m and finished second.

The Colombian two-time world champion, jumping last out of the seven women, led from the first round with her opening effort of 14.38m, which itself would have sufficed for the win.

She improved to 14.41m in the second round and, with the competition won, bounded out to 14.51m with her final effort despite being someway behind the edge of the board.

All the competitors had some slight problems with the swirling breeze, which doubtless had some effect on the distances but Greece’s Paraskevi Papachristou fared the best of the rest and twice jumped 14.28m in the first and fourth rounds, to take second place.

The challenge of Venezuela’s 2016 world indoor champion Yulimar Rojas never materialised as she struggled to put her phases together and, after pushing Ibarguen hard at the opening IAAF Diamond League meeting in Doha, she had to settle for fourth place with a relatively modest 14.11m.

Piotr Malachowski was an equally convincing winner of the discus, Poland’s 2015 world champion unleashing three throws better than anyone else could manage.

His third round 65.91m took him into the lead and he improved to 66.88m. With the competition won, he then reached a meeting record of 67.45 with the last throw of the competition for his second consecutive Diamond Race victory.

His compatriot Robert Urbanek got third place courtesy of his fifth round effort of 65.04m.