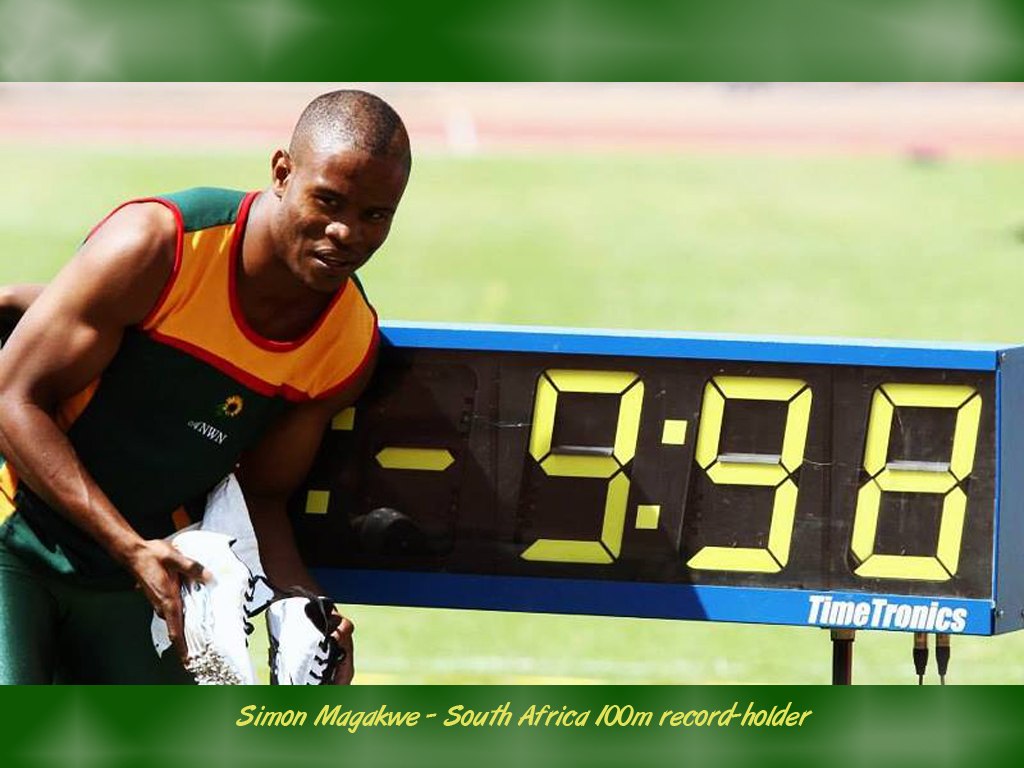 Simon Magakwe, the 2012 African champion, is the only South African to have run the 100m under 10 seconds.

Leading South African sprinter and 2012 African 100m champion Simon Magakwe has been banned for two years following an unsuccessful out of competition doping test conducted under the authority of the IAAF on December 22, 2014.

According to ASA President [link id=”472″ tax=”post_tag” text=”Aleck Skhosana”], Magakwe did not submit to a test when asked to do so by anti-doping officials at his training base in December last year. 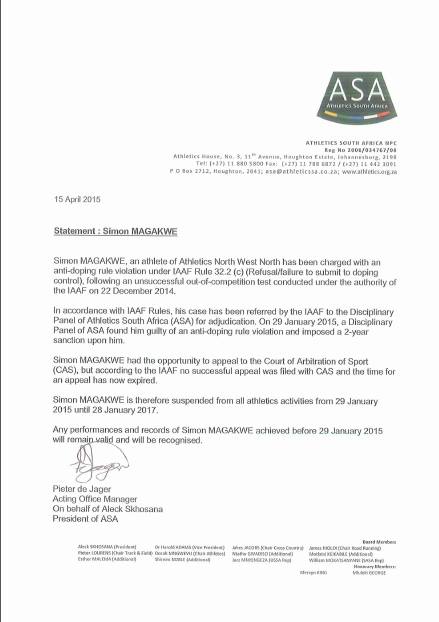 Simon Magakwe, the 2012 African champion, will miss this year’s world championships in Beijing and the 2016 Olympics in Rio de Janeiro.

The [link id=”11″ tax=”category” text=”South Africa”]’s fastest man was found guilty of the anti-doping rule violation at an IAAF disciplinary hearing conducted on February 19, and as he has not appealed the verdict before the deadline lapsed, he would now start his period of ineligibility.