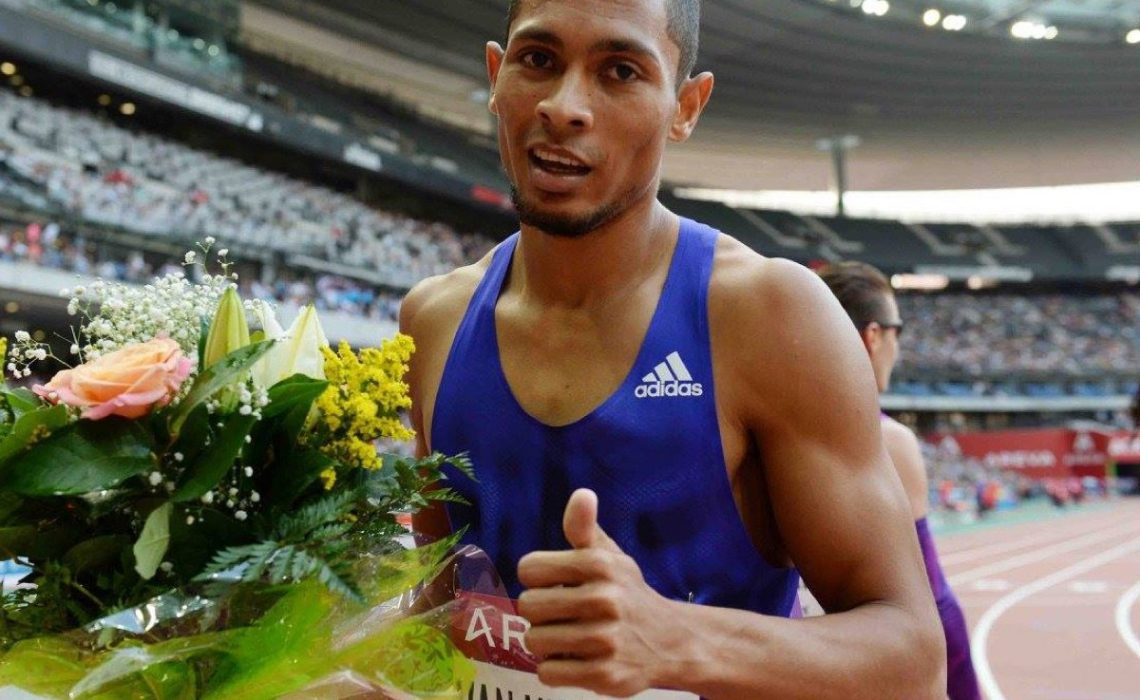 Reigning World 400m champion Wayde van Niekerk of South Africa has moved up to third on the all-time 300m list after clocking 31.03 for victory at the JN Racers Grand Prix meeting in Kingston, Jamaica on Saturday night.

Wayde Van Niekerk became the third fastest in history ahead of American LaShawn Merritt who held the third (31.30) and fourth (31.31) best times in this rarely contested men’s 300m event prior to this meeting.

Van Niekerk, who was drawn in lane three inside Lashawn Merritt and Botswana’s Isaac Makwala, powered his way to victory the final 50 metre to win in 31.03.

After the race. Van Niekerk said: “I competed against a quality field and I’m just glad I could come away with the win. I’m always happy to improve my times."

Merritt improved his lifetime best to 31.23 to finish second, followed by his compatriot Tony McQuay (31.64) and Gil Roberts (31.81) in third and fourth positions respectfully.

Isaac Makwala, who went out fastest in the opening stages, faded badly in the final 100 metres to finish with 31.91 in fifth place.

On the field, Ghana's Nadia Eke won the women's Triple jump with a best effort of 13.51m (-0.1 m/s) while Nigeria's Doreen Amata recorded no mark in the women's High jump.

Yomi is the founder of Africa's number one track and field news website - AthleticsAfrica.com. An award-winning journalism innovator and media trainer, sports and digital media consultant.