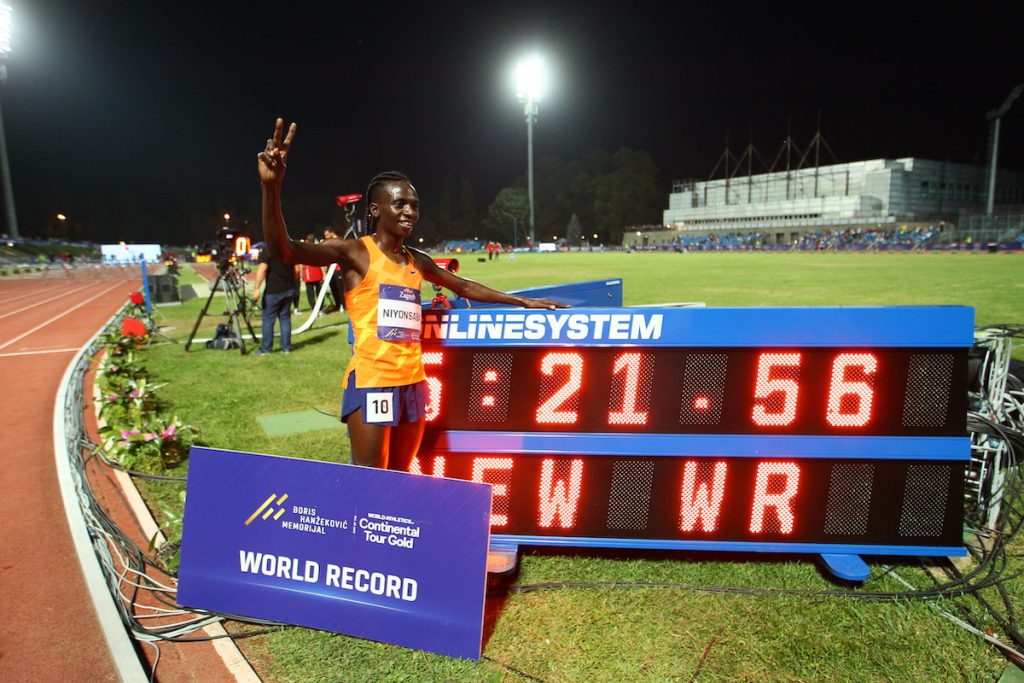 Burundi’s Francine Niyonsaba at the Boris Hanzekovic Memorial in Zagreb

The half-way point was reached in 2:41.37, putting Niyonsaba and Ethiopian rival Freweyni Hailu on pace to break the world record of 5:23.75, set indoors by Genzebe Dibaba in 2017.

Niyonsaba went through the bell in 4:20.23, meaning she needed a final lap of about 63 seconds to claim the world record.

Hailu tried to move into the lead on the back straight, but Niyonsaba kept her at bay and then kicked for home, eventually crossing the line in 5:21.56 to win by more than four seconds.

Hailu finished second in 5:25.86, the third-fastest outdoor time in history. Before today, the fastest ever outdoor clocking for the distance was Sonia O’Sullivan’s 5:25.36 from 1994.