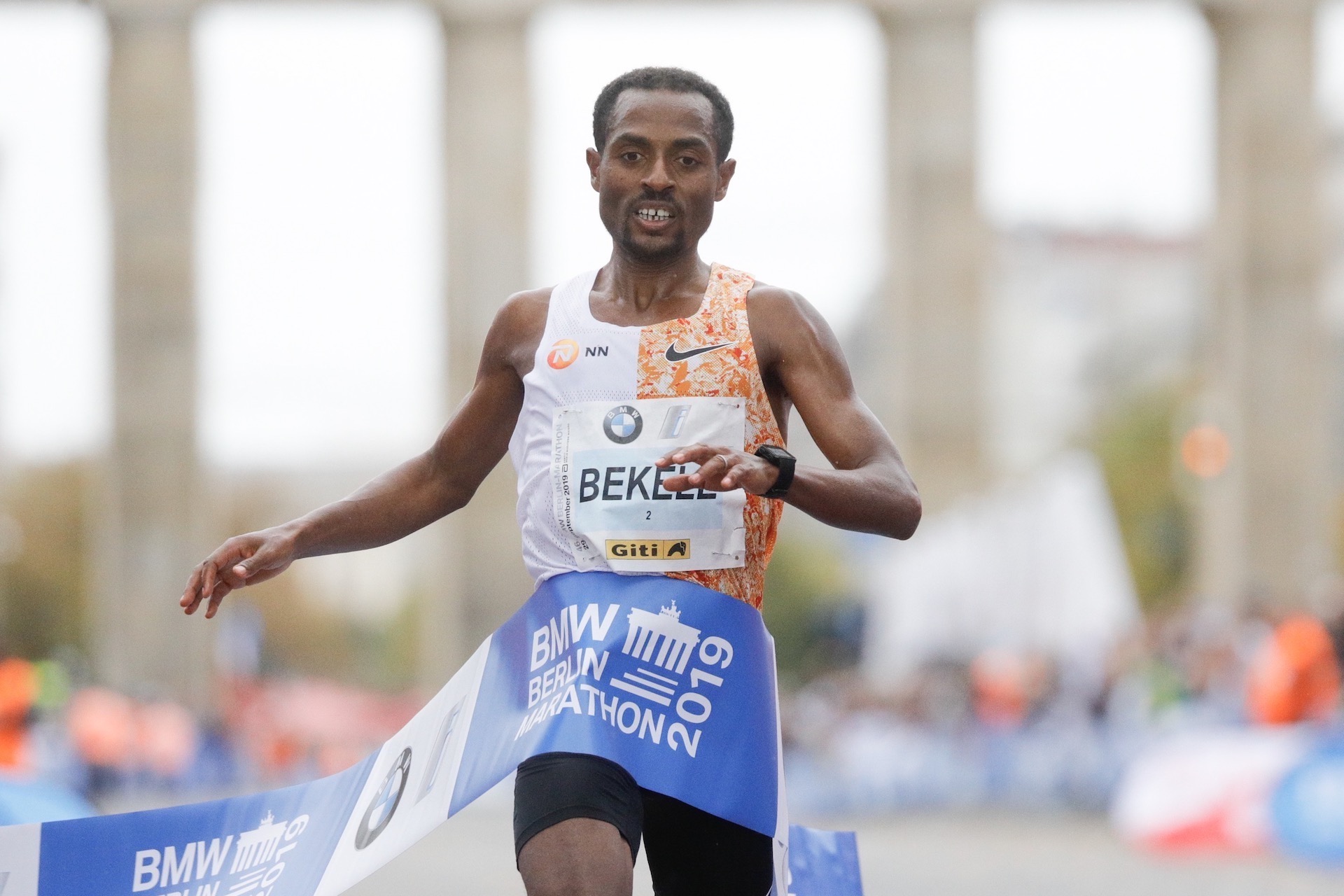 The BMW BERLIN-MARATHON will get underway on Sunday, September 26 with high quality elite fields headed by the Ethiopian superstar Kenenisa Bekele on his fourth appearance in Germany’s biggest and most spectacular marathon, while his compatriot Hiwot Gebrekidan will run in Berlin’s women’s field for the first time.

Gebrekidan is currently the fastest female marathon runner in the world this year. The BMW BERLIN-MARATHON is part of the Abbott World Marathon Majors and a Platinum Label Road Race, awarded by World Athletics, the international governing body of athletics.

Kenenisa Bekele is 39 now and will be running the BMW BERLIN-MARATHON for the fourth time. He won the race in 2016 but dropped out the next year and returned in 2019 to triumph once again. In both victories the Ethiopian missed the then world record by a matter of seconds.

In terms of his achievements on the track and cross country, Kenenisa Bekele is the greatest long distance runner of all time.

At the same time, Kenenisa Bekele’s marathon career has been by no means a smooth one. He has failed to finish three of his six races at the classic distance, including an attempt on the world record in Dubai in 2017 and Berlin later in the same year.

Yet on two occasions Kenenisa Bekele was able to convert his enormous potential to the marathon though there was still an element of disappointment attached, since he missed breaking the world record by a handful of seconds each time.

In 2016 in Berlin he went within six seconds of the then global best, improving his own best to 2:03:03. Two years ago Bekele won again, this time running 2:01:41, two seconds outside the world record which his Kenyan rival Eliud Kipchoge had improved to 2:01:39 in the meantime.

This achievement in 2019 means the Ethiopian is the second fastest marathon runner in history. It may well be that the BMW BERLIN-MARATHON on September 26 is his last chance to break the world record at the distance.

“I’m looking forward to the race in the BMW BERLIN-MARATHON and all my training has been with this in mind. It’s gone well. I am doing everything to make sure my preparation is perfect.” Kenenisa Bekele

Ethiopia’s superstar will face two strong compatriots among his rivals. Guye Adola made an outstanding marathon debut in 2017 beside the River Spree with second place in 2:03:46.

His time was record for a marathon debutant and Adola even put the eventual winner, Eliud Kipchoge, under pressure, leading the great Kenyan until shortly before 40 kilometres.

Another Ethiopian who surprised many on his marathon debut is Olika Adugna. He will be running in Berlin on September 26 with a best of 2:06:15 from winning debut in Dubai in 2020.

The women’s field includes the fastest marathoner in the world this year, Ethiopia’s Hiwot Gebrekidan, who won the Milan Marathon in a personal best of 2:19:35 in April.

Purity Rionoripo of Kenya (PB 2:20:39) and the Ethiopian Shure Demise (PB 2:20:59) should also be relied upon to offer strong challenges.