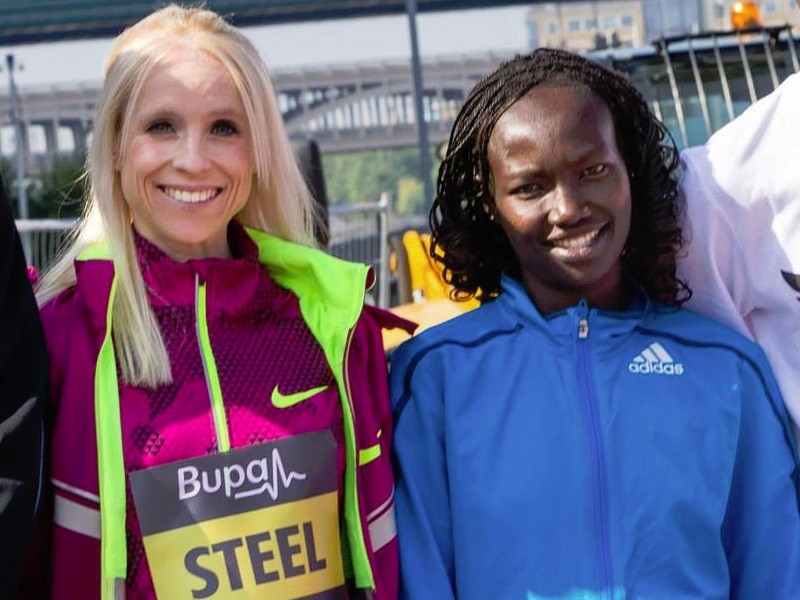 [link id=”141″ tax=”post_tag” text=”Mary Keitany”] shaved a second off Paula Radcliffe’s course record, which is also the world’s best time over the half-marathon distance, as she produced a fantastic display of distance running to finish in 1:05:39.

Keitany, the third fastest female marathon runner in history (behind Radcliffe and Liliya Shobukhova of Russia), opened up with miles of 5:15, 5:09 and 5:01 and pulled clear of Olympic marathon champion Tiki Gelana of Ethiopia in the fourth mile.

The 32-year-old Kenyan passed 10km in 31:26, two seconds up on Radcliffe’s split time en route to her course record clocking of 65:40 in 2003, a record-breaking return to top level competition for the two time London Marathon winner and former half marathon world record holder, who gave birth to her second child last year.

“I was not expecting to break Paula’s record but I am happy,” said Keitany after winning the great north run. “I will say sorry to her for that.

“This is my first half marathon after a long break so I am very happy. I will go back to Kenya and talk with my manager about whether to run a marathon later this year or to leave it to 2015.”

Kenya's Brigid Kosgei ran the fastest half-marathon ever by a woman on Sunday, winning the Great North Run in Newcastle, UK in a time...