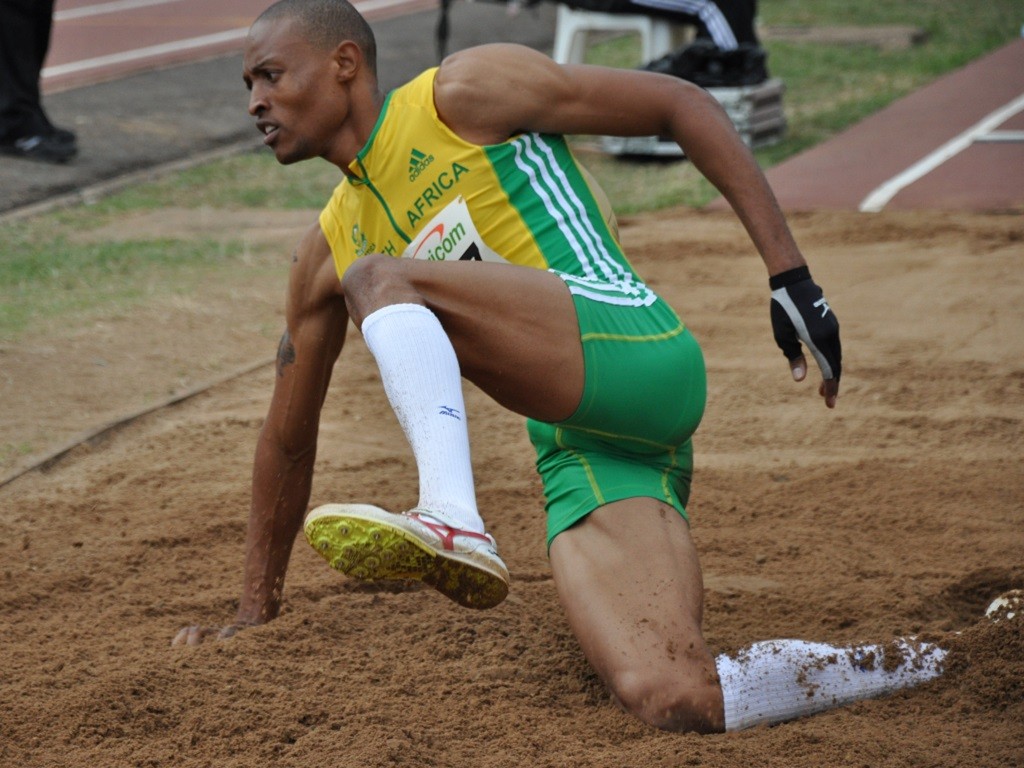 “I need a new passion, triple jump has never left me and I’ve been practising it but I haven’t been competing in it,” Mokoena said.

“I will still be doing the long jump but I want to pick up on the triple jump and take it to another level. If long jump does great things, it is great, but I want triple jump to also have that Olympic medal.”

Mokoena, who was South Africa’s only medallist at the 2008 Beijing Olympic Games also won the triple jump silver medal at the 2006 Commonwealth Games in Melbourne, Australia.

“I’ve been happy with my career, I think I did well,” he said.

“There is nothing more that I wanted than an Olympic and World Championship medal, then I have an indoor medal and the Commonwealth medal.”

He made his first Olympic appearance in the triple jump at the 2004 Athens Games as a 19-year-old.

While Mokoena first represented his country in high jump at the 2001 World Youth Championships in Debrecen, Hungary, he has gone on to become South Africa’s greatest long and triple jump athlete.

He has recently seen a slump in his form in the long jump having last won a medal in a major track-and-field championship at the 2010 IAAF World Indoor Championships in Qatar.

His biggest outdoor achievement before that was his second-place finish at the 2009 World Championships in Berlin, Germany.

Mokoena, however, believed a shift to the triple jump could reignite his passion for the sport and possibly put him on the right track to finally claim first place instead of being the perennial silver medallist in the long jump.

“The last time I competed in triple jump was in 2006 so I have no idea how I rate among the rest in the world,” he said.

“I have the Commonwealth silver medal and the national record 17.25, it will take a while to get there but I will get to it.”

To aid him in his new pursuit, Mokoena has joined renowned jumping coach Emmarie Fouche’s training group at the University of Johannesburg.

Fouche is the architect behind the stellar rise of Zarck Visser, who wrested the long jump national title from Mokoena in 2012 and 2013.

Visser’s personal best jump of 8.32m is the second best jump by a South African and, Mokoena believed they would both benefit from training together. Namibian triple jump record holder Roger Haitengi is also part of Fouche’s training group.

“I joined the group where Zarck Visser is training, so it is also good for him and I think he is going to win many medals in the long jump and he will make the country proud,” Mokoena said.

“It is also good for me, it keeps me young and going. Hopefully more triple jumpers will come like when I started out and hopefully they will be inspired by what I achieve.”