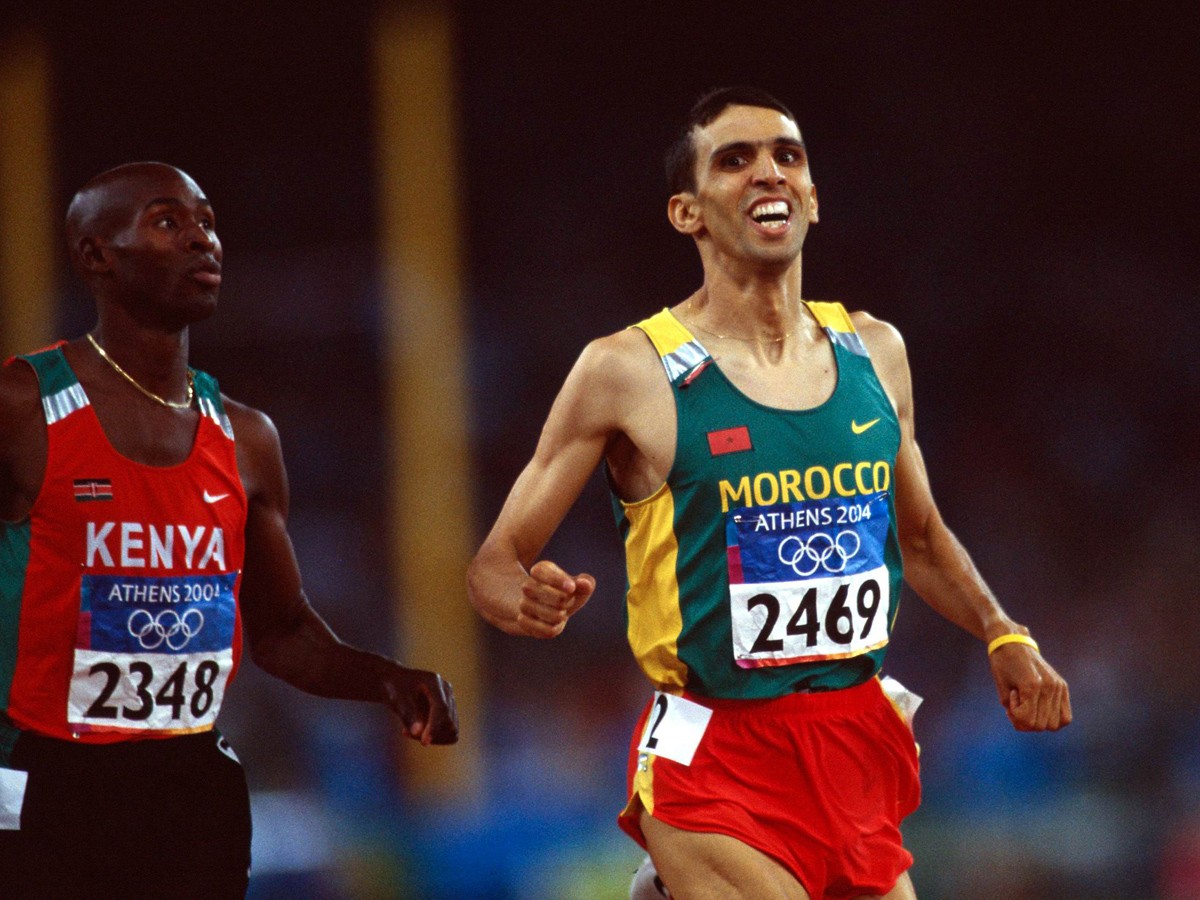 Moroccan Hicham El Guerrouj has become the youngest man to be inducted into the IAAF Hall of Fame, having just turned 40 in September 2014 and barely a decade after he ran his last international race.

El Guerrouj first came to international attention when he won the 1500m at the 1995 IAAF World Indoor Championships and then took the silver medal at the same distance at the IAAF World Championships the same year.

From that point, he was the dominant middle-distance runner for the next nine years. El Guerrouj won four successive 1500m titles at the IAAF World Championships from 1997 to 2003.

The following year, he returned to the Italian capital and successfully attacked Morceli’s mile world record of 3:44.39, clocking a time of 3:43.13, which also remains on the record books 15 years later.

El Guerrouj also won the 2001 IAAF World Indoor Championships 3000m title. He was the male World Athlete of the Year on three consecutive occasions from 2001-03.

He decided to bring the curtain down on his career at the very top at the 2004 Olympics. After disappointments at the 1996 and 2000 Olympics, he won the 1500m in Athens and then the 5000m. The latter was to be the final competitive race of his career.

For the first 24 inductees, there was a set of strict minimum criteria of at least two Olympic or world titles plus at least one world record. This criteria was altered for 2013 and beyond to allow athletes whose achievements had an ‘extraordinary impact on our sport’ to be considered as well. All members must have been retired from the sport for a minimum of 10 years.

To keep the process as independent and as transparent as possible, the athletes considered for each induction are proposed by the IAAF Hall of Fame selection panel which consists of five athletics historians, all long-standing members of the Association of Track and Field Statisticians (ATFS) including its president.

The panel is chaired by IAAF senior vice president Bob Hersh, who has himself been a member of the ATFS for more than 35 years.

The athletes joining the IAAF Hall of Fame this year will be inducted live on stage during the 2014 [link id=”300″ tax=”post_tag” text=”World Athletics Gala”] in Monaco on Friday 21 November.

The biographies for the 12 Hall of Fame members ‘class of 2014’ are available on the IAAF website.

In this article:Hicham El Guerrouj, IAAF, IAAF Hall of Fame