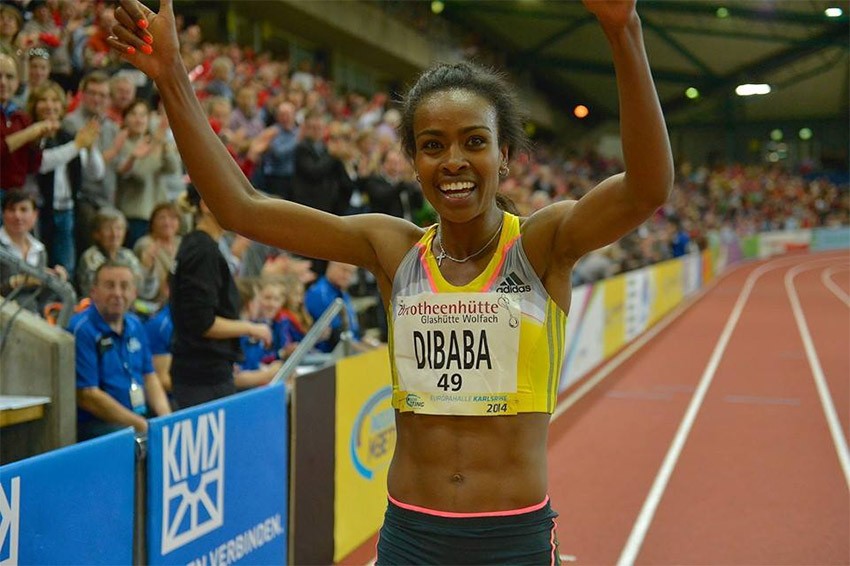 Her winning time cut more than seven seconds from the previous World indoor record of 8:23.72 set seven years ago by her senior Ethiopian teammate, Meseret Defar and bettered the 8:23.23 set outdoors by Kenyan Edith Masai in 2002.

Morocco’s Mohamed Moustaoui took the men’s 1500m in 3:35.0 ahead of Ayanleh Souleiman, who snatched second place in a Djiboutian indoor record of 3:35.2, with Kenyan Bethwell Birgen third in 3:35.3.