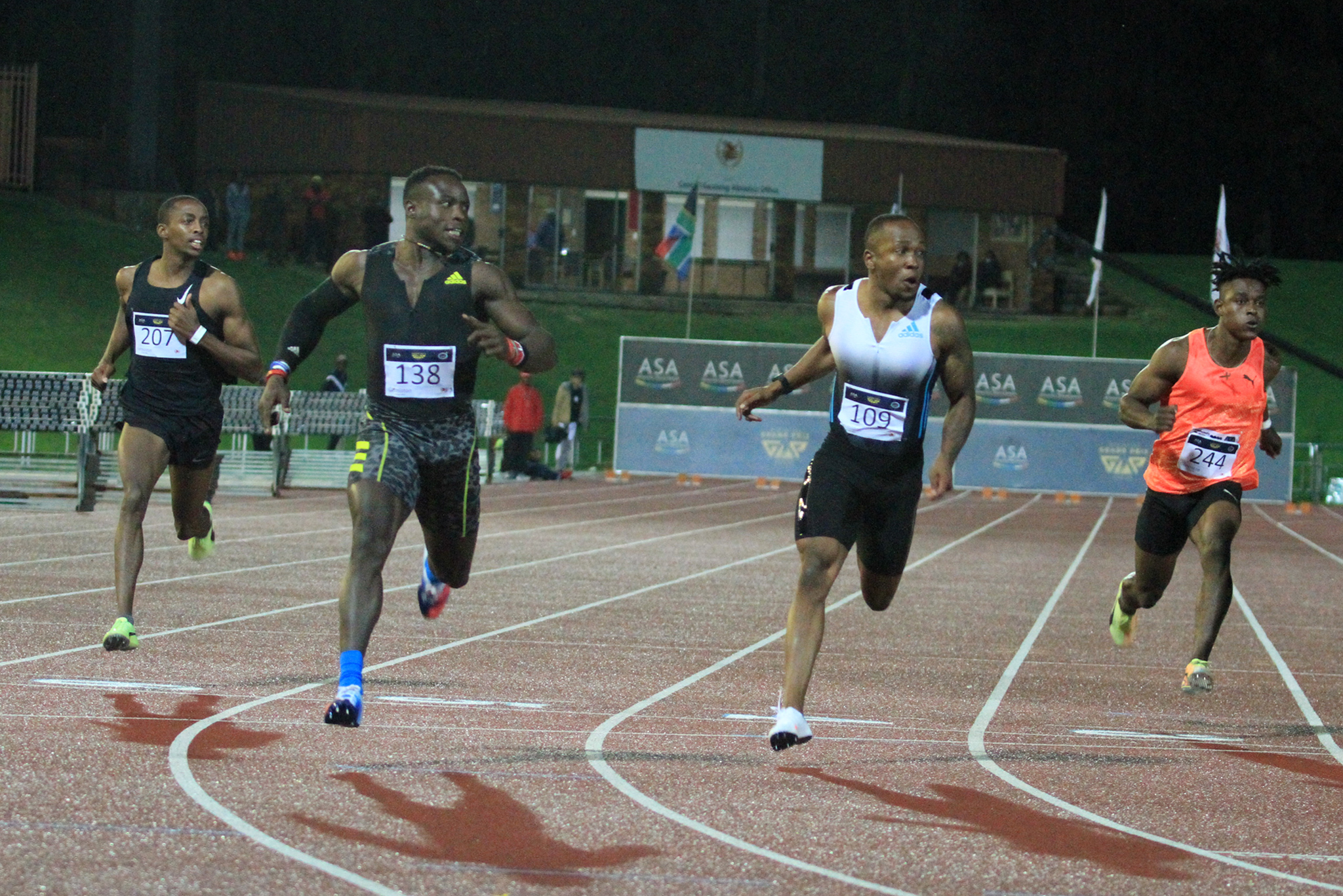 Kenyan sprinter Ferdinand Omanyala won an early-season battle against Akani Simbine, in a contest between Africa’s fastest men, while teenager Marione Fourie made a memorable breakthrough and two youth records fell at the fourth leg of the ASA Athletics Grand Prix Series, a Continental Tour Challenger at the Germiston Athletics Stadium on Wednesday.

Omanyala, the African record holder, dipped under 10 seconds for the first time this year, storming to victory in the men’s 100m showdown race in 9.98 seconds.

Local favourite and African champion Simbine also set a season’s best in second place in 10.11, as he continued to regain his best form ahead of a long 2022 campaign. Bradley Nkoana was third in 10.32.

“I do not compete against other athletes. I compete against the clock. Coming to this competition, I wanted to run a sub-10, and I did it,” said Omanyala after the race.

“I had a good start and my target was to control the race from the beginning and that is what I did. I wanted to run a sub-10 in the early stages of the season to build on it. My focus is on the Commonwealth Games and the World Championships.”

“I have the African 100m record [9.77 seconds], but I don’t have the other titles. I need those titles. I want to run a 9.96 by June. After three weeks in South Africa, I am returning home to Kenya on Sunday,” he added.

“I have not won a race in a while, and I am over the moon with this victory. I am retiring at the end of the season and this win means a lot to me. I am looking forward to the national championships and I want to run my heart out.”Wenda Nel: Women 400m hurdles winner (55.88)

Marione Fourie was equally impressive in the women’s 100m hurdles, becoming only the third South African woman to break the 13-second mark.

The 19-year-old prospect was sublime over the barriers, her nippy stride carrying her home in 12.93, slicing 0.12 off her personal best. She finished well ahead of Charlize Eilerd, who was the best of the rest in 13.81.

In the women’s javelin throw, McKayla van der Westhuizen settled for second place behind Nikola Ogrodnikova of the Czech Republic, who produced a winning effort of 60.11m.

Van der Westhuizen did enough, however, to break the 20 year-old South African U20 record of 58.33m previously held by Sunette Viljoen. The 18-year-old, who set a national youth best of 57.57m last year, added the junior mark with a 58.58m heave.

“I closed the gap and made it over the line. My times are not fast so far and I am frustrated. I hope to improve at the national championships. I hope the weather will be kind. It was cold in Potchefstroom and I had a bad race. But I did well in Germiston. Something big needs to happen for me to win the national title. I have to be on top of my game to win it.”Le Roux Hamman: Men 400m hurdles winner (50.49)

Back on the track, in the women’s 400m sprint, Precious Molepo again showcased her potential, clipping 0.04 off the South African U18 record of 52.88, which had been held by Justine Palframan since 2010.

Despite the cool conditions, sprint events produced the highlights of the meeting, with Clarence Munyai firing a warning ahead of next week’s ASA Senior Track and Field National Championships in Cape Town, winning the men’s 200m race in 20.33.

Munyai’s victory was convincing, with teenager Benjamin Richardson grabbing second place in 20.67 and Isaac Makwala of Botswana finishing third in 20.89.

“It was a good race. I usually come this time and the South Africans beat me. But In June, July, and August, I will win against them. I am not worried and will be ready for Commonwealth Games in July. I win run fast times and there is no reason to get worried it is still early in the season.”Isaac Makwala: Men 200m third (20.89)

Also sending her opponents a warning, as she prepares to chase her 10th national title next week, Wenda Nel used her immense experience to secure a comfortable victory in the women’s 400m hurdles. Nel won in 55.88, with in-form athlete Taylon Bieldt taking the runner-up spot in 56.65.

The fifth and final leg of the ASA Athletics Grand Prix series will return to Green Point Athletics Stadium in Cape Town on Saturday, 21 May 2022.

“This was a one of the most memorable all-round performances on South African soil, confirming once again that we have provided a worthy platform for our athletes in the country and continent, competing against their non-African counterparts,” said James Moloi, the President of Athletics South Africa.

“Congratulations to all winners, their coaches and support staff. We now look forward to the ASA Senior Track and Field National Championships.”

African champion and record-holder, Ferdinand Omanyala of Kenya, arrived in Oregon barely 3 hours before taking his spot on the starting line of the...