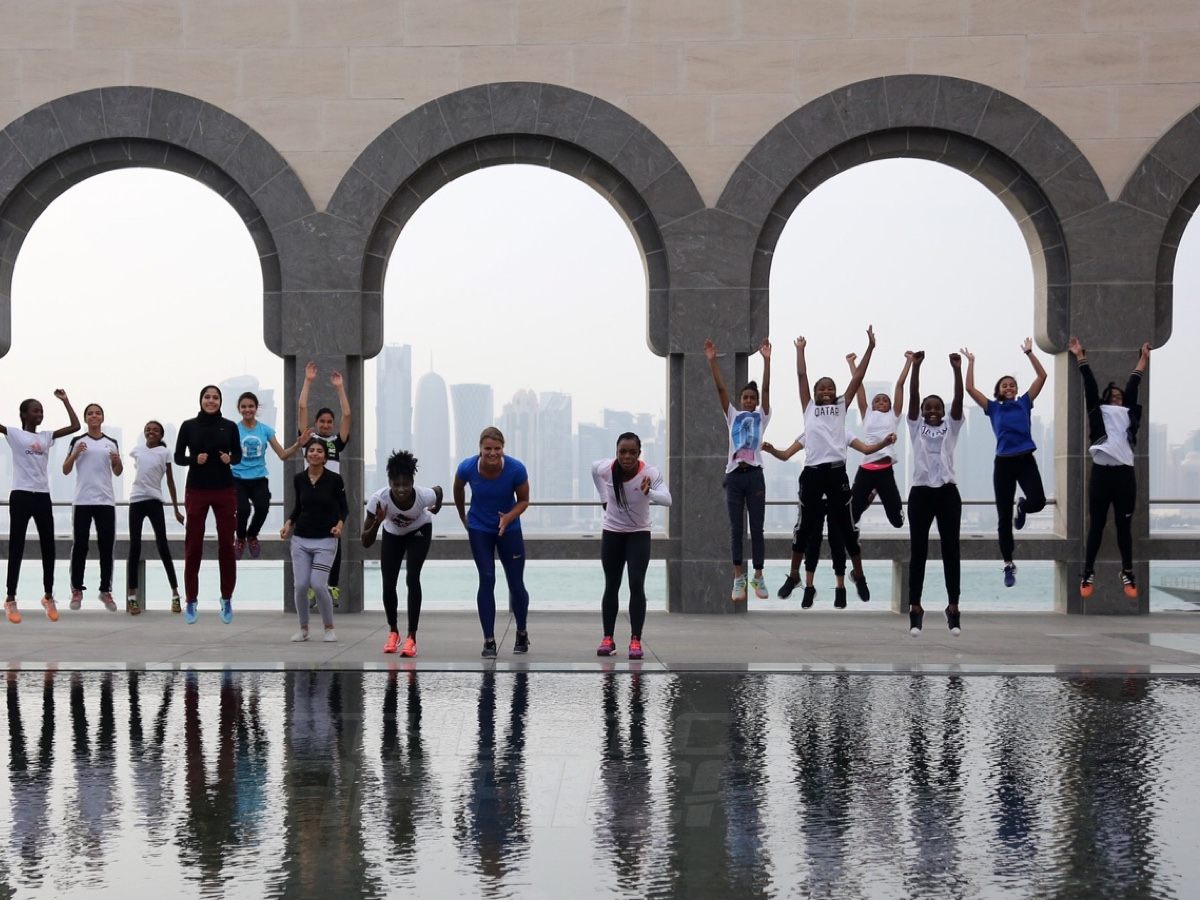 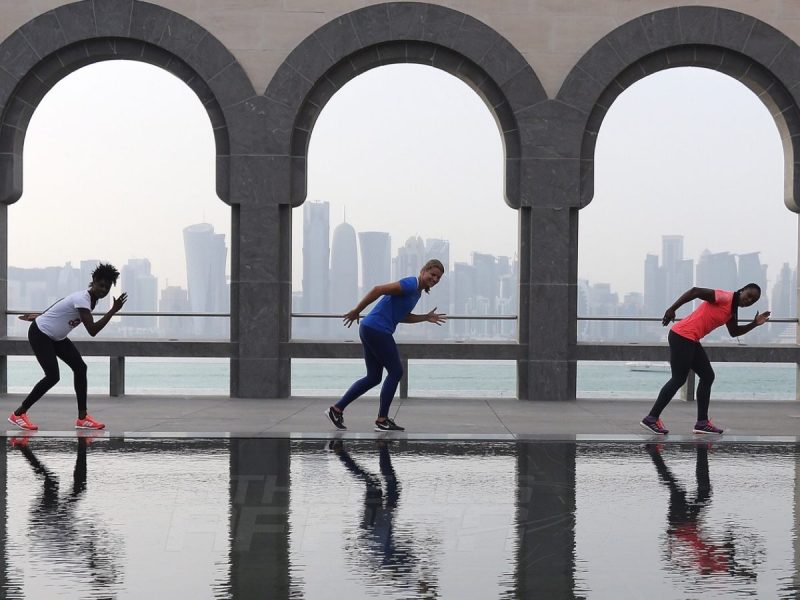 On Wednesday they met for a more light-hearted gathering with nearly two dozen of Qatar’s best young athletes.