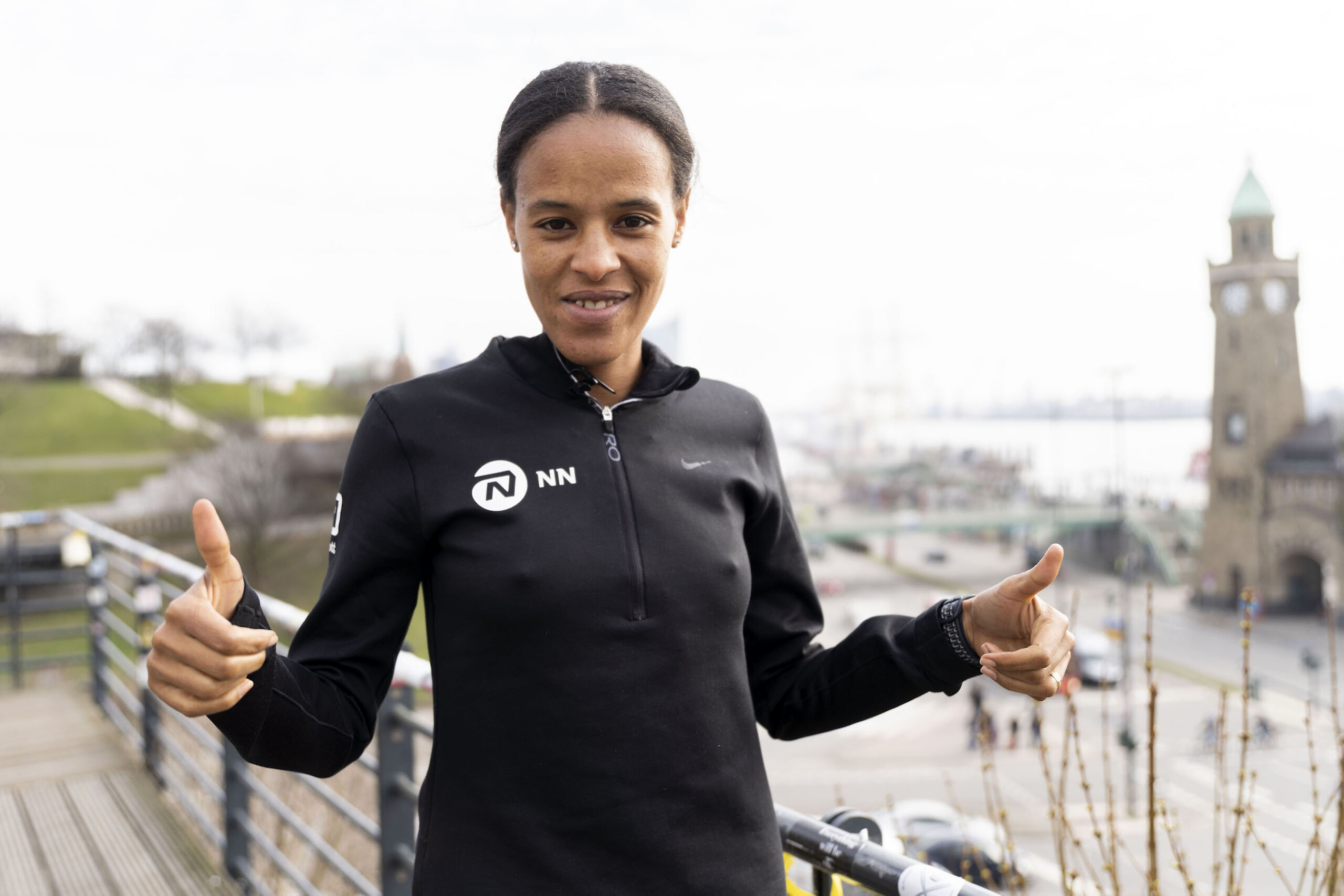 Rising distance-running star Yalemzerf Yehualaw, who smashed the world 10K record a few days ago, now sets her sights on her marathon debut.

The 22 year-old Ethiopian has chosen the Haspa Marathon Hamburg in April for her first race at the classic distance. This was announced by organisers during a press conference in Hamburg today.

Germany’s biggest spring marathon returns to its traditional date for the first time since 2019 and looks likely to come back with a bang.

Yalemzerf Yehualaw clearly has the potential to run a very good first marathon. Organisers of the Haspa Marathon Hamburg expect a total of 20,000 runners including races at shorter distances on 24 April.

“We are thrilled to have Yalemzerf Yehualaw, one of the most exciting marathon talents of the world, on the start line of the Haspa Marathon Hamburg,“ said chief organiser Frank Thaleiser.

Yehualaw, who improved the world 10K record by a huge margin of 24 seconds to 29:14 last Sunday in Castellón, Spain, is also the world’s second fastest half marathon runner, after she clocked 63:51 in Valencia last October.

Additionally at the World Half Marathon Championships in 2020 she won the bronze medal. Her half marathon PB suggests that she has the potential to run spectacular marathon times as well in the future.

“I am really happy to be able to run my marathon debut in Hamburg. My coach Tessema suggested to me to go to Hamburg for my debut since he ran here himself,“ said Yehualaw.

Tessema Abshero ran his lifetime best in Hamburg back in 2008 when he was fourth with 2:08:26. It was the only time he clocked a sub 2:10 time during his career.

Organisers showed Yalemzerf Yehualaw the Hamburg course and she then said during the press conference: “I am looking forward to this race and want to break the course record.”

Her fellow-Ethiopian Meselech Melkamu holds the current Hamburg course best with a time of 2:21:54 from 2016.

The fastest woman runner on Hamburg’s start list is Priscah Jeptoo. The Olympic silver medallist from London 2012 has a PB of 2:20:14. While this personal record is ten years old more recently the Kenyan ran 2:24:16 in Valencia in 2019.

Two former winners of the Haspa Marathon Hamburg are returning to the race. Gadise Mulu will start as the defending champion. The Ethiopian took first place last September when the race was held in a much smaller format and with only a few elite runners due to the pandemic.

Mulu improved significantly in Hamburg when she broke 2:30 for the first time and clocked 2:26:20.