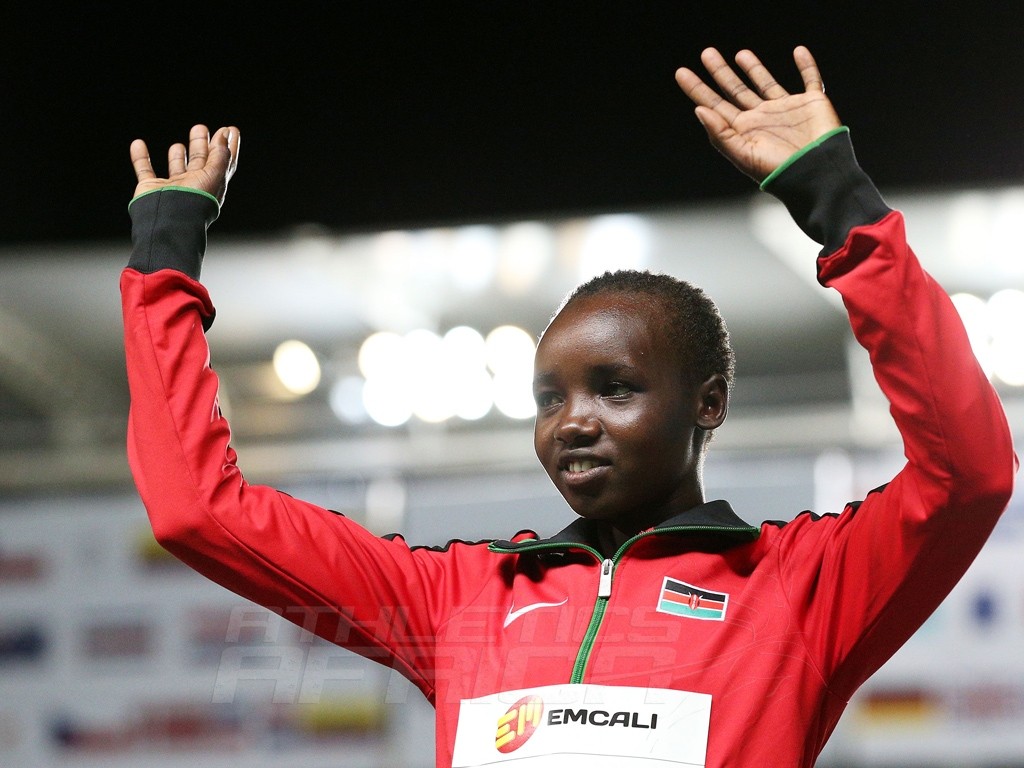 Celliphine Chepteek Chespol of Kenya, gold medal, celebrates on the podium after the Girls 2000m Steeplechase final on day three of the IAAF World Youth Championships, Cali 2015 on July 17, 2015 in Cali, Colombia. (Photo by Patrick Smith/Getty Images for IAAF)

Kenya’s Celliphine Chepteek Chespol won the African Cross Country Championship senior women’s title in the Algerian city of Chlef despite thinking she had finished with a lap still to go and then falling on the final circuit.

On a day when Kenya maintained its domination of this five-year-old event, with Alfred Barkach taking the senior men’s title and both teams earning gold, Celliphine Chespol’s win was the most dramatic contribution to the cause.

Kenyan news portal the nation reported that there was confusion when Chespol thought she had finished the race only for officials to ask her to continue.

“The competition was very tough,” she said after her first win as a senior. “I almost ruined my race when thought I was in the last lap.”

Chespol – who last season won a junior bronze medal at the World Cross Country Championships and set the second fastest ever 3,000 metres steeplechase time despite losing a shoe at the final water jump in Eugene – had broken away in the third lap with Rosemary Njeri in tow.

She recovered from her miscalculation, and fall, to win the women’s 10 kilometre race in 35:10, with her compatriot Margaret Chelimo Kipkemboi, the African 5,000m champion, making it a Kenyan 1-2 in 35:13.

Barkach won a sprint finish on the final lap with Julius Kogo to see off the challenge of Uganda’s trials winner Thomas Ayeko in the men’s 10km race.

Having finished second at the National Championships in Nairobi last month that doubled up as the trials – winner Geoffrey Kamworor, the world cross country champion in 2015 and 2017, decided to concentrate on retaining his world half marathon title in Valencia next weekend.

Barkach duly clocked 30:47 for his first major victory, narrowly beating Kogo, who was given the same time. Ayeko settled for the bronze medal, followed by Ethiopian trials winner Enyew Mekonnen, who recorded 31:01.

“It was tight race but I had to be tactical to win the race,” said Barkach.

“My success was all about good training to win.”

Ronex Kipruto and Stanley Waithaka took gold and silver in the junior men’s 8km race after they surged ahead of the pack early on.

Ethiopia’s Girmawit Gebru and Tsige Selama prevented a Kenyan clean sweep as they took gold and silver in 20:40 and 20:54 respectively in the junior women’s 6km race. Kenya’s Hellen Ekalale was third in 20:55.

In the mixed relays category, Ethiopian athletes were too strong for the Kenyans after winning in 23:52. 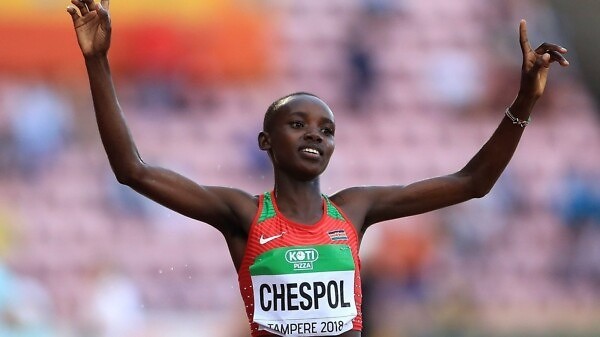 Celliphine Chepteek Chespol of Kenya retains her World U20 Women’s 3000m Steeplechase title, her third gold medal since 2015, in a new Championships record... 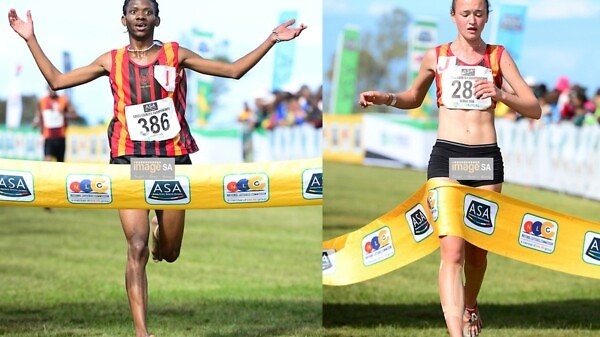 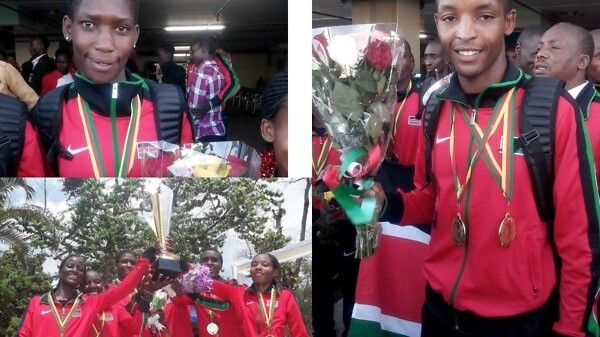 Kenyan athletes won every available title at the 4th edition of the African Cross Country Championship in Yaoundé, Cameroon on Saturday 12 March, 2016. 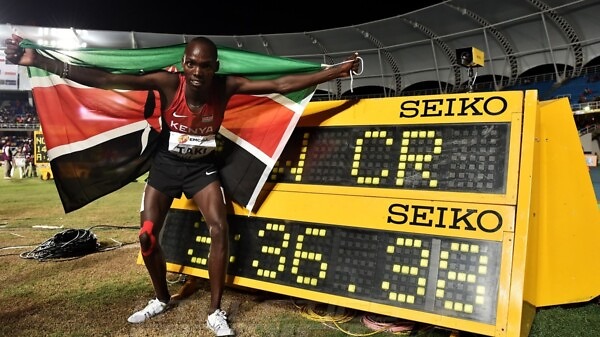